Extensive knowledge on the paranormal and how to fight it

Professor Abraham Van Helsing is a character in Bram Stoker's 1897 novel, Dracula. He is a renowned vampire hunter who has an extensive knowledge about the existence of vampires in the real world, although lacking the physical prowess to take action by himself due to his age, he instead acts as a mentor to the other protagonists in their search to stop Count Dracula.

Although the novel only works as reference for one of the characters in the Castlevania storyline, Quincy Morris, no direct references involving Van Helsing have ever been made in any Castlevania games or related media. However, his persona has apparently been the inspiration to certain aspects and characters that conform the lore of the series. 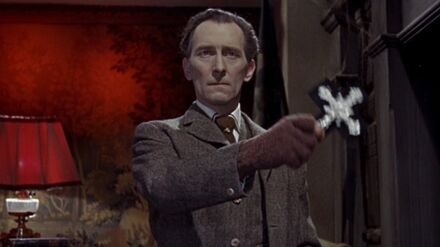 Peter Cushing in his interpretation of Abraham Van Helsing
(The Brides of Dracula, 1960) 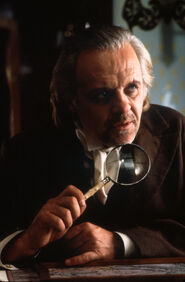 Anthony Hopkins in his interpretation of Abraham Van Helsing
(Bram Stoker's Dracula, 1992)
Add a photo to this gallery

Retrieved from "https://castlevania.fandom.com/wiki/Abraham_Van_Helsing?oldid=280720"
Community content is available under CC-BY-SA unless otherwise noted.