"Since you sent Satan back to Hell a thousand years ago, his human offspring, or "acolytes" as they call themselves, have been dormant. I suppose that they...that...all of us...feared your wrath and great power. But not now."
— Zobek to Dracula regarding the acolytes

The Acolytes (従者, Jūsha?) are the half-human offspring and servants of Satan. They are the ones responsible for his imminent return, who govern the world of men from the shadows. Three of them appear in Castlevania: Lords of Shadow 2, with two being killed by the player and the third by Satan himself.

"Satan's acolytes are readying for his imminent return."
— Zobek to Dracula

Zobek briefly mentioned the acolytes of Satan in the epilogue of Lords of Shadow.

Zobek has traced one of the acolytes to the Bioquimek Corporation pharmaceutical corporation, although he has no idea who it is. Dracula infiltrates the corporation where he discovers Raisa Volkova is working on a demonic plague and uses it to transform both herself and her employees into demonic monsters. After defeating and capturing the scientist Dracula brings her back to Zobek for questioning.

Unaware that she is an acolyte, Zobek can't read her mind with it clouded by chaos leading to Dracula to go back to the corporation to get the antidote. Once injected with the cure instead of turning back into a human she instead assumes her true demonic form, blowing the roof off of Zobek's facility in the process, and fights Dracula and is eventually killed by his Void Sword.

Later on thanks to the sacrifice of Victor Belmont, the second of the acolytes, Nergal Meslamstea, is briefly lured out of hiding before he retreats to his weapons manufacturing facility. There although initially outmatched by the acolyte Dracula lures Nergal into his castle where their levels of power even out. Trying to gain a advantage Nergal possesses the Riders of The Storm statues.

Dracula fights and destroys each of the statues before he crushes the crippled Nergal's head under his foot. Zobek locates the third, final, and most powerful of the three acolytes, Guido Szandor who is in the middle of summoning Satan in the city's monastery. The vampires allow Satan to be summoned who realizing that he has been duped kills Guido himself for his failure to deal with the vampires. 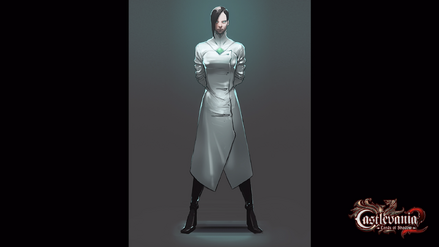 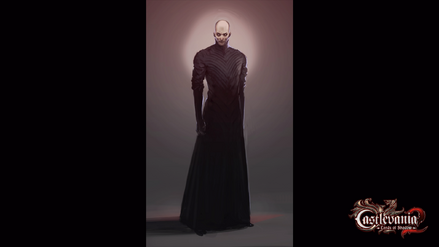 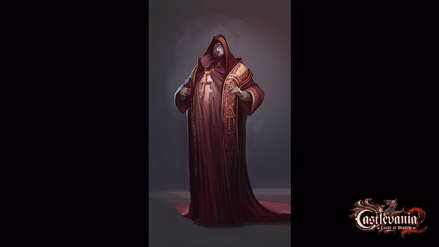 Guido Szandor
Third acolyte. Head of the Satanic Church.
Add a photo to this gallery
Retrieved from "https://castlevania.fandom.com/wiki/Acolyte?oldid=285310"
Community content is available under CC-BY-SA unless otherwise noted.