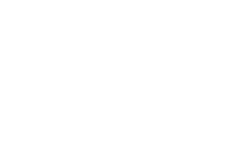 The ACB does not directly censor material by ordering cuts or changes. However, it is able to effectively censor media by refusing classification and making the media illegal for hire, exhibition and importation to Australia.

G (General) – These films and computer games are for general viewing. However, G does not conclusively mean a children’s film or game because many of these productions contain content that would be of no interest to children.

PG (Parental Guidance) – These films and computer games contain material that a parent might need to explain to younger children.

MA15+ (Mature Accompanied) – People under 15 must be accompanied by a parent or adult guardian for the duration of the film in the cinema. Parental permission to see an MA15+ film is not sufficient. People under 15 are not permitted to hire or buy films or computer games classified MA15+.

These ratings are still shown on some older video games that are still on sale in Australia.