The Blue Splash spell is an Ice-elemental attack which can be performed by members of the Belnades Clan. It involves freezing ice crystals, which radiate cold energy as they are being sent out of their caster.

The earliest version of this spell, called Frozen Crystals, could be performed by Sypha Belnades in Dracula's Curse. Five frozen crystals spread out in front, above and behind Sypha; they have relatively small range, but any enemies or projectiles that touch them will be instantly frozen. While in this state, they cannot move and can be destroyed with a single attack. Frozen enemies can also be used as stepping platforms, but the effect wears off after a little while. If the crystals touch a body of water, it will also freeze in its entirety for a brief period of time.

Yoko Belnades' version of the spell in Dawn of Sorrow and Harmony of Despair involved very large crystals slowly fanning out from above Yoko's head, and then being sent out quickly for long distances, causing a large amount of ice-based damage.

In the 3-D versus game, Castlevania Judgment, the spell comes in two phases. The first phase is the Frost Wall. This can be followed up with an Icicle Blades attack by moving and performing a special attack. This causes a ring of ice shields to form around Sypha, which can freeze any opponent who touches them. Performing a special attack a second time will cause giant icicles to thrust out of each of the shields. 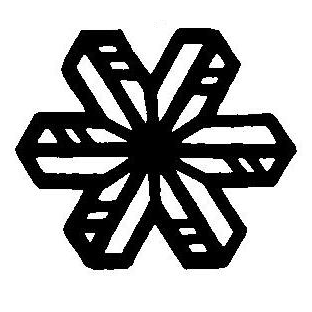 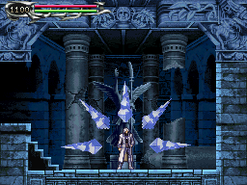 Soma's Blue Splash from Dawn of Sorrow. This item isn't available by normal means (see Unused Items)
Add a photo to this gallery

Blue Splash from Dawn of Sorrow

Icicle Blade from Judgment
Add a photo to this gallery
Retrieved from "https://castlevania.fandom.com/wiki/Blue_Splash?oldid=262193"
Community content is available under CC-BY-SA unless otherwise noted.