For other uses, see Boomerang (disambiguation).

Throwing weapon that returns to the thrower in an arc.

Candles, common enemies (depending on the game)

The Boomerang is a sub-weapon that appears in some games instead of the Cross, or in addition to it. In most of his appearances, the weapon returns back in an arc after being thrown. In RPG opus, the weapon is often dropped by the Skelerang.

A flaming version of the boomerang, called the Fire Boomerang, also exists in some games.

First appearance of the weapon in the series. Like the Dagger, it only flies forward a limited distance and does not return. However, it can cross the enemies.

The Crystal Blade Boomerang is one of the three sub-weapons that John Morris or Eric Lecarde are able to use in Bloodlines (the other two are the Sacred Water and Battle Axe).

Unlike the previous opus and true to its real use, the weapon can be launched forward to go back, slightly above the player. It can be considered as a replacement for the Cross.

By pressing up and the sub-weapon button at the same time, a special attack is unleashed which consumes more jewels. The player then summon three boomerangs running in a straight line while moving away and getting closer to each other.

A new type of boomerang make his appearence, the Fire Boomerang. Its use is identical to the standard boomerang but, as the name suggests, it inflicts fire damage.

Like Haunted Castle, the boomerang launches in a straight line until disappearing from the screen. However, unlike Symphony of the Night, its use is infinite.

The throwing of the weapon can be accelerated by equipping with Skelerang's soul.

Boomerang is just one of the many items that, once found, is selectable in Jonathan Morris's inventory. Like in Symphony of the Night, the weapon comes back behind the player, allowing to hit an enemy behind the player.

Mastering the weapon changes it from blue to red and doubles its size.

Boomerang from the Japanese Insert Card for Haunted Castle 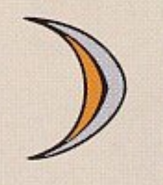 Boomerang from the Japanese Castlevania: Bloodlines instruction booklet
Add a photo to this gallery

Boomerang from Symphony of the Night

Fire Boomerang from Symphony of the Night

Boomerang from Dawn of Sorrow

Boomerang from Portrait of Ruin

Mastered Boomerang from Portrait of Ruin

Redire from Order of Ecclesia
Add a photo to this gallery

A boomerang (on the bottom left-hand corner) from "Shadow Battles" in the Castlevania animated series.
Add a photo to this gallery
Retrieved from "https://castlevania.fandom.com/wiki/Boomerang?oldid=288183"
Community content is available under CC-BY-SA unless otherwise noted.