Founded in ancient times by Zobek, Carmilla and Cornell

Mirror of Fate
Lords of Shadow 2

The Brotherhood of Light (燈光教団, Tōkōkyōdan?) is an organization formed by knights. Their main objective consists to remove the forces of darkness that plague Europe in the Lords of Shadow series.

The Brotherhood of Light was an order of knights founded centuries ago by three great warriors: Zobek, Carmilla, and Cornell. These idealistic warriors were dedicated to serving God, for it was their sole purpose and as such, the order itself was tasked with combating the forces of evil. At an unknown time they fought the sovereign of the elemental Plane of Darkness known as The Forgotten One. This powerful demon was summoned by the Bernhard Family, but broke free from their control and had to be stopped. During their battle with the creature, the founders combined their powers to create a dimensional rift to imprison the Forgotten One within the center of the Bernhard Castle. For decades the three Founders fought fiercely against the minions and spawn of Satan until finally they tipped the balance in Heaven's favor. Their sheer commitment to their crusade led to them uncovering in their studies the location of three sacred sites where the power of God converged so immensely that they each created a bridge between the spiritual and physical planes. Using this power, the founders purified themselves and abandoned their physical bodies, becoming nigh-omnipotent spirits whose power was second only to God himself. Unknown to them and many others, the bodies they left behind weren't simply devoid of souls but were instead consumed by their darker sides. Thus the founders inadvertently created the Lords of Shadow who rose to power and plagued the lands with their evil.

Some time later, the link between Heaven and Earth started to grow weak for unknown reasons. The Brotherhood attempts to stop the End of Days by defeating the Lords of Shadow and hoped to discover the one who cast the spell that separated Heaven from Earth, and released the forces of Hell. However, many knights of the order died throughout Europe in an attempt to discover and defeat that evil. This led to the Brotherhood consulting an ancient prophecy which spoke of a Warrior of Light who would be sent into the domains of the Lords of Shadow and end their reign of terror. Thus they selected one of their own, a warrior named Gabriel Belmont. Gabriel is eventually successful in his quest but ended up becoming a vampire, obtaining astounding powers from the Forgotten One and started referring to himself as Dracul (meaning "The Dragon").

As an insurance policy, the Brotherhood hid and raised Gabriel's son, Trevor Belmont, who later started a journey to defeat his demonic father.

Only when Trevor was an adult did the Brotherhood send him alone after his father Gabriel Belmont now known as Dracula, armed with a Combat Cross, while giving him only a basic idea of his father and leaving out the parts where both they and the Lords of Shadows had manipulated him. Only when Trevor was on the verge of death did he and his father realize the full details of their relationship.

After seemingly failing to revive his son, Dracula turned his rage on the Brotherhood and sent an army of Lycanthropes to crush their headquarters, the only survivor being Trevor's son and Gabriel's grandson, Simon Belmont. Even with the loss of Trevor and the destruction of their forces to Dracula's lycan army, the Brotherhood still sent many of their warriors into Dracula's territory over the years, none were ever successful as Simon and Alucard would find their corpses while going through the castle.

In Lords of Shadow 2, taking place five hundred years after their failure with Trevor, temporary defeat at Simon and Alucard's hands and Dracula's resurgence and continued war. The Brotherhood attacks Dracula's castle in a massive army of over half a million and many siege weapons, led by their leader Roland de Ronceval the Paladin and joined by their secret weapon the massive Siege Titan. Sadly the attack is a disaster, with the Titan destroyed by Dracula personally and Roland failing to kill Dracula in a suicidal prayer attack that only succeeded in wiping out the Brotherhood army.

After The Brotherhood was crushed, they hunted down and recruited the descendants of Simon Belmont into the Brotherhood which led to their rising through the ranks to become their leaders. The Belmonts led the Brotherhood into the 21st century where the final Belmont Victor Belmont aided the Brotherhood's age old enemy Dracula by luring out the second of Satan's Acolytes Nergal Meslamstea, sacrificing his life in the process.

Also in the 'Castle Segments' the Brotherhood appear as enemies claiming to have invaded and conquered the castle in Dracula's absence. However, along with the castle, they are only manifestations of Dracula's tortured mind.

The signature weapons of the order was the Combat Cross which the origins of were largely unknown, but what was known was that many of the additions to these weapons were made on the orders of chief artisan and alchemist, Rinaldo Gandolfi, though certain designs that he included were rejected by the elders of the Brotherhood. Many copies of it were made as the original one Gandolfi created and worked upon, The Vampire Killer, was lost when Gabriel crushed and left its pieces in the Underworld. They also use unique sub-weapons like the Silver Daggers, Boomerangs and Holy Water. 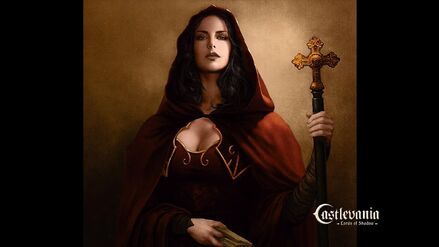 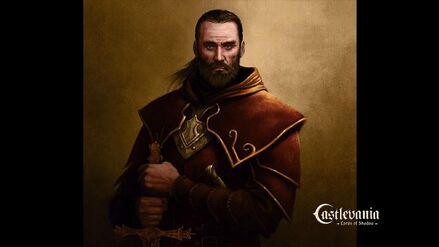 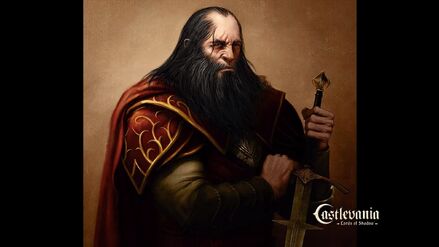 Cornell
Add a photo to this gallery

Retrieved from "https://castlevania.fandom.com/wiki/Brotherhood_of_Light?oldid=290566"
Community content is available under CC-BY-SA unless otherwise noted.