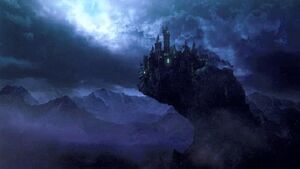 Castles are one of the most common environments appearing in the Castlevania series, the most known example being, without a doubt, Dracula's Castle. These gigantic edifications are usually constructed in a Gothic art style, having their interiors exquisitely furnished and decorated, although there can also be castles from medieval times, being mainly constructed in masonry.

In most games, Dracula's Castle is generally composed of several areas that conform the various stages the player must explore; however, there are four particular areas that have been mostly consistent in all of its incarnations: the Castle Entrance, the Clock Tower, the Castle Keep, and the Throne Room.

Retrieved from "https://castlevania.fandom.com/wiki/Castles?oldid=264022"
Community content is available under CC-BY-SA unless otherwise noted.