For other uses, see Castlevania (disambiguation).

Castlevania is a horror action-adventure animated series set in a dark fantasy Medieval world loosely based on the video game series of the same name, released on Netflix worldwide. Its story is originally based on the events from Castlevania III: Dracula's Curse and unites some of its aspects with elements from other games, such as Symphony of the Night and Curse of Darkness. It features Trevor Belmont as the main protagonist, on a quest to stop the evil vampire Vlad Dracula Tepes, who seeks to destroy humanity following the execution of his wife Lisa.

The creators have clarified that the settings present in the animated series are separate from the games, which implies that lore, characterizations and plots don't necessarily parallel or copy them and things can develop differently.[1] It is the first series from Frederator Studios to not be made for kids, as it is rated TV-MA.

After being delayed from a July 2018 release, a second season was ultimately confirmed by Adi Shankar and released on October 26, 2018.[3]

On June 11, 2021, a spinoff series, focusing on Richter Belmont and Maria Renard, was confirmed by Netflix.[8]

"A vampire hunter fights to save a besieged city from an army of otherworldly beasts controlled by Dracula himself. Inspired by the classic video game."
— Official Netflix synopsis

In March 2007, writer Warren Ellis announced that he was working on a DVD movie adapted from Castlevania III: Dracula's Curse along with former Castlevania producer Koji Igarashi. Ellis explained that as he worked with Igarashi to fit the timeline of the series, including writing a new story, Igarashi had eight rewritten pre-production materials, before concluding with a draft that he turned in August 2008.[9]

After that, however, nothing else was heard about the project until February 2017, when co-producer Adi Shankar and Netflix announced it would be released as a series.[10][11] Kevin Kolde and Fred Seibert are also signed on, as are Seibert's animation company, Frederator Studios.

The show influences has been described by the producer Adi Shankar to be from Japanese anime such as Akira, Ghost in the Shell and Ninja Scroll, as well as western animation such as Young Justice. It has also been stated by Shankar to be "R-rated as f**k", "super-violent", and to have a Game of Thrones vibe.

The series was written by Warren Ellis, who was in charge of writing the script for the now defunct Dracula's Curse animated movie adaptation. Ellis worked at Marvel and developed Hellstorm: Prince of Lies, the acclaimed cyberpunk series Transmetropolitan, and more recently the award-winning FreakAngels series. The movie Red is based on his graphic novel, Red.

A few hours after the release of season 1, Netflix officially announced a second season consisting of 8 episodes to premiere in 2018. In January 19, 2018, Warren Ellis stated that the second season was to arrive in summer 2018.[12]

On October 16, 2018, Netflix and the American Red Cross organized together an event called "Dracula's Blood Drive", a blood donation campaign, at the Los Angeles Film School.[14] Donators would receive exclusive merchandising and would attend a screening of episode 1 of season 2, ten days before the official release. Voice actress Alejandra Reynoso and director Sam Deats participated in the event.

Season 2 was released worldwide at midnight (PST time) on the expected date, with all eight episodes were available immediately. On June 20, 2019, it was confirmed the series was submitted to the Emmy Awards' consideration.[15]

On June 7, 2018, it was confirmed that the series was renewed for a third season and that production would begin in the near future. Producer Adi Shankar confirmed on October 31 that Netflix had greenlit 10 new episodes.[16]

On February 4, 2020, Netflix officially announced it would release a month later on March 5 and presented the first poster for Season 3.[18]

The official trailer was released on February 14.[19]

On February 20, 2020 Netflix announced voice actors and characters for Season 3.[20]

On March 27, 2020, it was confirmed Castlevania was renewed for a fourth season.

On May 24, 2020, Warren Ellis posted in his newsletter that he completed working on the script for Season 4 and it's now in the hands of Sam Deats and his team to work on it for many months. It was mentioned there would be new characters introduced in the new season, although he couldn't provide any specifics. Ellis also noted that he always knew where he was going with the story for Season 4.

On June 12, 2020, Tam Lu, the lead animator of Castlevania at Powerhouse Animation, posted that they are working hard on Season 4 and that the team is doing incredible work.

On August 3, 2020, Alejandra Reynoso commented that the team at Powerhouse Animation is hard at work on Season 4. She especially noted how dedicated the whole team is to create a great story and elaborate characters:

The whole team behind the project are so great and so talented and really invested in making a great piece of, not just art, but it's a great story and they're great characters. There's not a single character in that, no matter how small they may be, that's just a two-dimensional character which is incredibly exciting.

On November 24, 2020 Sam Deats posted first teaser screenshots from Season 4, saying that the season is turning out to be phenomenal.

On April 5, 2021 Sam Deats hinted that development of Season 4 was finally completed.

On April 15, 2021, Netflix officially presented the first poster for Season 4.

On April 16, 2021 the teaser trailer for Season 4 was released, and Netflix confirmed that it will be the final season of the series which will be released on May 13, 2021. Sam Deats also hinted that Netflix is thinking about making a new series set in the same universe as Castlevania with an entirely new cast of characters.

Season 4 was released on May 13, 2021, simultaneously worldwide (midnight PST time).

Differences from the games

While the animated series' initial plot is based on that from Castlevania III: Dracula's Curse, as it progressed it started to significantly deviate from the games. Authors on multiple occasions pointed out that settings in the animated series are separate from those of the games, which can lead to differences in storylines, portrayal of characters and lore itself. They also said that the series went beyond being an adaptation and that their main focus was not really to adapt the games, but to create a story with focus on deeper characterization.

In practice, this resulted in the animated series using a different type of storytelling than that from the games. While in the games, stories can be described as inspired by Gothic horror, the animated series uses more modern storytelling, which can be described as realism-fantasy, where the realism aspect means deeper focus on individual characters and their imperfections. The story becomes less about classic good versus evil, with heroes and villains, and more about motivations of all characters, their struggles and torments, which also leads to the introduction of antiheroes.

The series also has a different take on vampires and their lore. While in the games, vampirism is seen as a curse that makes vampires evil by definition, which in essence means lack of free will, the series gives vampires free will and humanity, which they can gain or lose depending on the choices they make. That allows the authors the possibility to create redemption stories for them.

Other instances where the animated series has made important changes to specific plot points from the games include:

The series was well-received by fans and critics, who praised its animation, visuals and story, while Season 1 was criticized as being too short. Season 1 received an approval rating of 80% for 25 reviews[21].

Season 2 received universal acclaim, with Rotten Tomatoes reporting an approval rating of 100% for 13 reviews and the website's critics consensus reading "Castlevania sinks its fangs into vampiric lore during a devilishly fun second season that benefits from an expanded sense of scale and episode tally that allows the series to fully spread its leathery wings.[22]"

Season 3 also received universal acclaim, with Rotten Tomatoes reporting an approval rating of 100% for 15 reviews and the website's critics consensus reading "Castlevania's stunningly animated third season continues to build on the game's lore by diving deeper into its characters with humor, heart, and a lot of bloody action.[23]"

Season 1 was released on December 4, 2018 on Blu-Ray and DVD. The package contains storyboards, an art gallery and other special features.

The music from the series was composed by Trevor Morris. He also composed the main title theme.

The soundtrack to season 1 was released as digital download and physical CD. 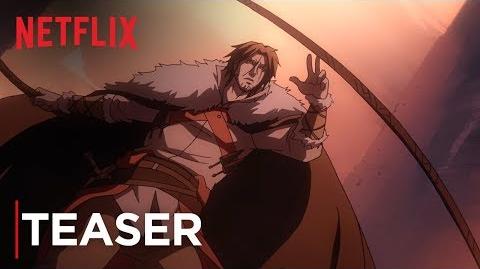 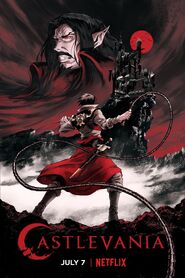 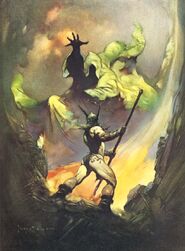