Note: Fan references should be added at the Castlevania Fan Wiki.

Since the first title, released in 1986, the Castlevania series has been referenced in many forms of media, including video games, literature, music and TV series.

Barnyard Blast: Swine of the Night

Bloodstained: Curse of the Moon

The Count of Groundsoaking Blood

Carmilla's human form resembles Camilla from Circle of the Moon 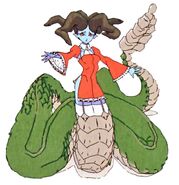 Dark Castle
Add a photo to this gallery

Bunny Must Die: Chelsea and the Seven Devils 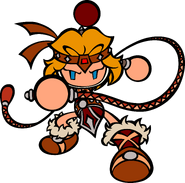 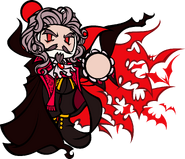 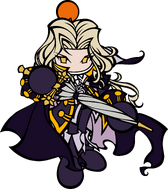 Alucard Bomber
Add a photo to this gallery

The Binding of Isaac: Rebirth

The End Is Nigh

Army of the Pharaohs

My Little Pony: Friendship Is Magic

Retrieved from "https://castlevania.fandom.com/wiki/Castlevania_(series)/References?oldid=279326"
Community content is available under CC-BY-SA unless otherwise noted.