Single player
Castlevania, known in Japan as Akumajō Dracula (悪魔城ドラキュラ, Akumajō Dorakyura?, lit. "Devil's Castle Dracula") is the first game in the series of the same name. It depicts the exploits of a vampire hunter named Simon Belmont, who inherited a whip brimming with holy power from his father.

Because of an ancient blood feud between Simon's ancestors and the vampire, Count Dracula, it was Simon's calling to enter Dracula's castle and slay its landlord in order to stop him from drinking all of humanity's blood.

Castlevania was first released in Japan in September 1986 for the Family Computer Disk System. In May 1987, it was released on cartridge for the Nintendo Entertainment System in North America and then Europe in 1988. It was released again, this time on cartridge, in Japan in 1993 for the Family Computer. Despite this, it was initially designed as a cartridge game in the first place before switching in the middle of development.[3]

In the year 1691, exactly a century after the events of Belmont's Revenge, Transylvania enjoyed a century of peace thanks to the legendary hero, Christopher Belmont, a vampire hunter who vanquished Count Dracula one hundred years earlier with a holy whip named the Vampire Killer. The people of a Transylvanian village were enjoying their fortune with an Easter celebration in honor of the resurrection of Jesus Christ, but every one hundred years, the power of Jesus weakened, and the hearts of men turned black as they yearned for chaos and destruction. During this time, they sought to revive Count Dracula so he may spread chaos and ruination throughout the world. While the Easter celebration carried on with a grand carnival, evil men gathered in a monastery at the edge of the village and conducted a black mass to resurrect Count Dracula. [4]

The men succeeded in bringing their master back in 1691. A bolt of lightning enveloped the monastery where they held the rite, signaling the resurrection of Count Dracula. When the Count returned, his castle, which had fallen one hundred years prior, reappeared in Transylvania, and his legions of loyal minions reformed. [4]

Simon Belmont, the descendant of Christopher Belmont, knew that as a member of the Belmont Clan and the current wielder of the Vampire Killer whip, it was his duty to bring peace and stability back to Transylvania by destroying Dracula. The Count was said to grow in strength with each resurrection, but Simon pressed on. He took the very same whip Christopher used to kill Dracula one hundred years before and entered the castle alone. [4] Simon proved himself a mighty vampire hunter by withstanding the monsters and traps of Dracula's castle, and in the end, destroying Count Dracula himself.

Though Simon prevailed in ridding the world of the scourge of Dracula, he was terribly wounded by Count Dracula in the process, setting the stage for Simon's Quest.

Castlevania consists of six linear stages with a boss at the end of each stage. The stages represent areas of Dracula's decrepit castle, and the enemies are typically taken from horror literature, lore and films. Castlevania is an action-adventure platformer that emphasizes precision and timing. Players begin the game with four lives and five Hearts. Throughout these stages are pits and other traps that cause instant defeat. Many enemies will try to take advantage of these, as Simon is knocked backward when he takes a hit. As players progress further into the game, the enemies will deal greater damage, eventually to the point where Simon will be defeated after taking four hits.

Simon's primary weapon is his whip, the Vampire Killer. The Vampire Killer can be upgraded to boost attack strength and length. Upgrades and items are found by striking candelabras or by killing enemies. Aside from the whip, Simon uses sub-weapons that have varying affects, such as the Boomerang (Cross), which Simon throws straight ahead and crosses the length of the screen before returning and going past to the point where it was thrown, and the Stopwatch, which halts enemy movement for a short period of time. These sub-weapons cost Hearts to use. Simon can only carry one sub-weapon at a time.

Players are rewarded with points for killing enemies and clearing a stage. The amount of points gained at the end of a stage depends on how quickly it was completed. Extra lives can be earned through gaining enough points.

After beating the game, players return to the first stage while retaining their weapons and score. This time, however, they face stronger enemies. Players often refer to this as a "second quest" or "hard mode".

The very first soundtrack in the series was composed by Kinuyo Yamashita (with Satoe Terashima),[6] which is her only score provided for the series. Castlevania was both her first project while employed at Konami, and first composing experience. It is also one of her favorite works. She was credited as "James Banana", a parody of James Bernard, the composer of the 1958 film Dracula.

The music of the game has been commercially released several times and is featured in CDs like Akumajō Dracula Famicom Best (1990), Castlevania 20th Anniversary Deluxe Music Collection (2006), and Akumajō Dracula Best Music Collections BOX (2010). Some of the tracks are rearranged and featured in CDs like Perfect Selection Dracula Battle (1991) and Perfect Selection Dracula ~New Classic~ (1992).

Popular pieces from the production include Vampire Killer, which became a frequently recurring tune in the franchise, and Wicked Child. Many of the tracks found in the game were remixed and used in later titles.

Castlevania is known for drawing inspiration from several old horror movies made roughly in the first half of the 20th century. Enemies and bosses are sometimes directly taken from these movies, like Frankenstein's Monster and Dracula, while others are based on horror movie icons like mummies and ghosts.

The obvious classic horror atmosphere is further emphasized by displaying the start screen as a movie reel and adding fake movie credits at the end of the game.

One of the movies that inspired the character of Dracula to be included was Horror of Dracula (1958). Both the names of the director Terence Fisher and the actor Christopher Lee are parodied in the game. The original Dracula film (1931) with Bela Lugosi was most likely also drawn from, as both the film and Castlevania are set in Transylvania, while the 1958 version takes place in Klausenberg. Bela Lugosi is also mentioned in the credits, but only as the actor of the Grim Reaper rather than Dracula.

Another important reference is the presence of the Creature from the 1931 American horror film Frankenstein with Boris Karloff. Glenn Strange (who also played the Creature) is referred to in the mock credits, but, just like Bela Lugosi, is not credited for his most famous role and instead plays the part of the Fish Man. The monster is accompanied by the hunchback Igor, supposedly portrayed by Lon Chaney, while his son is mentioned to be the Mummy Man.

Although the character of Medusa is from Greek mythology, she also has a corresponding film. Namely, The Gorgon (1964). However, the Gorgon who appears is not Medusa, but her sister Megaera.

The Japanese Castlevania choose-your-own-adventure book The Devil Castle Dracula: The Battle of Old Castle takes the cinematic inspiration even further. In the game book, a movie is being shot in Dracula's castle by a descendant of Simon Belmont during the 1950's. The one of fake actors mentioned in the credits of the game, Christopher Bee, also plays a part.

The staff's and cast's names in the ending credits are parodies of many classic actors famous for their roles in horror films, and in one case, the original author for the novel Dracula. These are:

Two different Japanese versions of Castlevania exist, which both differ slightly from their American and European counterparts. The original Akumajō Dracula released for the Famicom Disk System has a name entry that allows the player to save their game. It also features a unique music track that can also be heard when entering a name in Castlevania: Harmony of Dissonance. The spots where candles are placed are also different and make it possible to collect powerful whip upgrades much earlier; making the game somewhat easier than other versions.

In 1993 Konami re-released Castlevania as a Famicom cartridge. In this version it is possible to select between a "Normal" or "Easy" difficulties.

Castlevania has been ported to many different platforms since its initial release with some notable differences. 2004 saw the release of Castlevania on the Game Boy Advance as part of the Classic NES Series. The ending credits were removed and it added a save feature.

In 2007, it was released through the Wii Virtual Console. Upstart Games ported Castlevania to mobile phones in 2002 and upgraded it in 2004 with enhanced graphics, and an even better version was produced in 2004, but released only in Japan.

Konami Collector's Series: Castlevania & Contra, released in 2002 for the PC, is a collection of five Konami hits from the days of the Nintendo Entertainment System: Castlevania, Castlevania II: Simon's Quest, Castlevania III: Dracula's Curse, Contra and Super C. Additionally, the CD contains a Dance Dance Revolution demo. This package was released in October of 2006 and re-released for the download service GameTap. All of the games are perfect emulations of their NES counterparts; the only changes of note are the text differences found in Simon's Quest and the option to perform a quick save.

Other notable re-releases include: 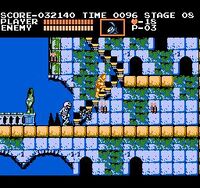 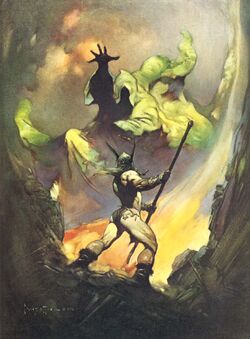 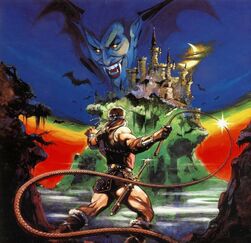 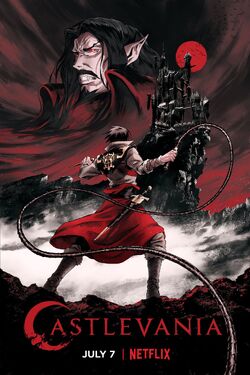