The collection provides several modern features and additional content for all games, including:

On March 12, 2019 the AustralianClassification published a rating for an application made by Konami Digital Entertainment titled "Castlevania Anniversary Collection" (classification number #283605). The product was rated "PG" and intended to be cross-platform.

On April 18, 2019, coinciding with the worldwide release of Arcade Classics Anniversary Collection, the four remaining titles in the lineup were revealed and a release date was announced for May 16 of the same year.

The initial release of the collection only included the localized versions of the games. The original Japanese versions (which are usually known for having more content and being uncensored) for almost all games (with Simon's Quest being the only exception) were released in a post-launch update[1] on June 19, 2019. 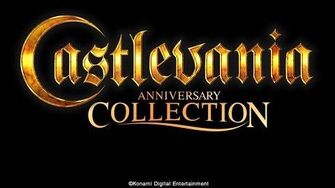