Castlevania Requiem: Symphony of the Night/Rondo of Blood

Castlevania Requiem:
Symphony of the Night
Rondo of Blood

Both games are based on their unlockable versions from the previously released PlayStation Portable remake/compilation Castlevania: The Dracula X Chronicles; as such, they feature the updated scripts and new voice acting present in that bundle.[1]

On September 19, 2018, a rating made by the Game Rating Administration Committee (GRAC) of Korea for a product classified as "Castlevania Requiem: Symphony of the Night & Rondo of Blood_PS4" (No. GC-CC-NV-180919-006)[2] was leaked to the public. Shortly afterward, on September 24, an Entertainment Software Rating Board rating was also revealed;[3] the ESRB regulates ratings in the United States and Canada, implying a possible Western release as well.

On September 26, 2018, Konami Europe on its Twitter account confirmed that the game was in production and that it would be released exclusively on the PlayStation 4 gaming console on October 26 of that same year.[4] Later that day, a post from PlayStation's Twitter account confirmed a Western release.[5] In both cases, preorders became available from that day, with an initial price of US $19.99. 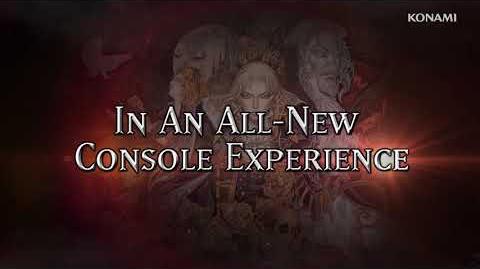 Castlevania Requiem Symphony of the Night and Rondo of Blood - Coming October 26, 2018
Announcement 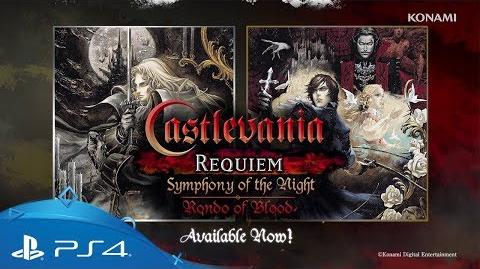