The Chapel of Dissonance is a location in Castlevania: Harmony of Dissonance. It is an extension of the Sky Walkway that connects it to the Castle Top Floor.

The Chapel of Dissonance is directly connected to the Sky Walkway and leads to the Castle Top Floor (via a gold door that requires MK's Bracelet to unlock). This chapel shares a lot of similarities with previous ones, like the color scheme and set pieces such as stain glass windows and large staircases, although it has no pews. The Eye of Vlad is in the leftmost tower in the main room (requires Griffin's Wing). The bottom portion contains a zigzagging pattern of horizontal hallways and vertical shafts (going left, right, left, right, left, left).

The Castle A version of the Chapel is relatively normal. An Anti-Venom can be obtained on the right as you ascend the Chapel of Dissonance's halls. It'll be hard to miss the Life max up when nearing the top, along with the Emerald Cloak on the right when climbing the stairs. The Castle B version of the Chapel will have occasional lightning flashes, sometimes giving a glimpse of a gremlin-like monster in the windows. The other rooms are all daytime, with clouds moving at very high speed and merging with each other in the distance.

The first section of the chapel consists in several towers connected between them.

Idling next to a statue.

Imagery of the stained glass. 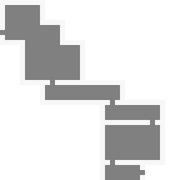 Maps.
Add a photo to this gallery
Retrieved from "https://castlevania.fandom.com/wiki/Chapel_of_Dissonance?oldid=324210"
Community content is available under CC-BY-SA unless otherwise noted.