1 or 2 players (via GBA Link Cable)
The Classic NES Series, known in Japan as Famicom Mini and simply as NES Classics in Europe, is a collection of Game Boy Advance games released between 2004 and 2005 that are re-editions of many classic Nintendo Entertainment System (NES) titles. It contains the original Castlevania along its library, which includes many other games from other classic series. It is an exact emulation of the original game, compared to other games of the series that featured slight differences, and was generally well received by critics as a classic port.

The Classic NES Series is a line of Game Boy Advance games which were released to celebrate Nintendo's history, featuring a collection of classic and iconic games from diverse franchises that helped define the company during its golden era (1980s), these mainly being titles from Nintendo's initial "black box" era, although it also contained selected games from other franchises, such as Capcom, Konami, Hudson Soft and Namco. The box art of these games were reminiscent of early style NES boxes.

The series was known in Japan as Famicom Mini and its library counted with 30 games released over three series. In comparison, only 12 games were released over two series in North America and Europe. In Europe, the series was simply titled NES Classics and the games were numbered. Most of the games in these collections were for a single player only, although there were a few exceptions in which the games could be played by two players via the GBA Link Cable.

The games were released at a budget price point ($20 in the U.S.). Despite this, consumers objected about the price still being too high. Even though a typical Game Boy Advance game cost much more, compilations of 8-bit games were already fairly common by that time. 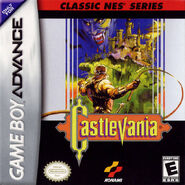 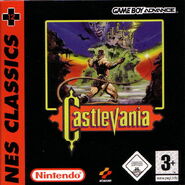