Harrell provided the lyrics for the ending theme on the original 1997 PlayStation release of Castlevania: Symphony of the Night, "I am the Wind". 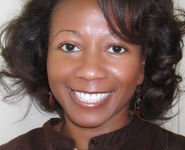