Hostile force not known to show mercy to their adversaries

Castlevania (animated series)
Dracula's Army is an antagonistic military force under Lord Dracula's command that appears in the Castlevania animated series. It is an army conformed by diverse creatures of the night the Vampire Lord gathered to wage a war against all mankind.

These unholy forces are conformed by a vast legion of creatures of the night the Vampire Lord, Vlad "Dracula" Tepes, himself gathered from Hell[2] throughout the course of one year as part of a war campaign against humanity as a whole. Their lines are mainly composed of ferocious monsters which are lead by the lord's many generals; these are in their majority high-profile vampires, with only a couple of humans among their ranks who utilize black arts such as the ability to summon demons and necromancy.

It is worth mentioning that each of these generals is characterized for belonging to a different ethnicity, which range from those prominently seen in Europe –where Wallachia is established– to those found in other continents such as Africa and Asia, implying that Dracula's war is successfully expanding and may in time reach countries such as Turkey, Iran, India, China, Egypt, Libya, and Niger among others, if the war has not already reached them. At the very least, it's implied that Dracula has influence in these regions.

Despite their formidable numbers and powers, most members of Dracula's Army meet their demise during the events of Season 2, with the only surviving generals being Carmilla, Hector and Isaac, with this last one being the only who is still loyal to Dracula's campaign and apparently seeking to continue his unholy crusade. 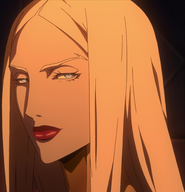 Carmilla (formerly)
Carmilla is a powerhouse that at no point should be underestimated. Dracula believes his most dangerous enemies are humans, but maybe he should fear those he keeps closest to him. 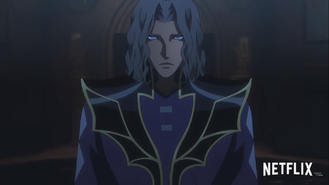 Hector (formerly)
Hector is one of Dracula's two human generals. As a Devil Forgemaster, he uses his hammer to bring creatures back from the dead. 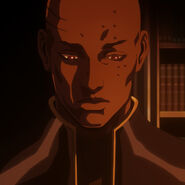 Isaac
Isaac is a Devil Forgemaster who is equally as cruel as he is loyal to Dracula. He'll do whatever it takes to make sure Dracula's plan comes into fruition. 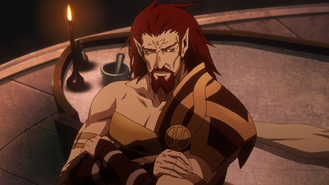 Godbrand †
Godbrand is a Viking vampire that loves nothing more than the thrill of the hunt. His passions include killing, having sex and turning humans into boats. 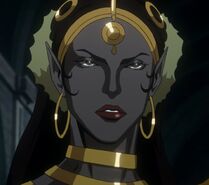 Raman †
A female Indian vampire that fights with her sharp nails to stab and slice her opponents. 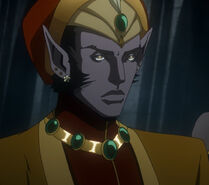 Sharma †
A male Indian vampire that skillfully wields two scimitars in conjunction with his agility and speed. 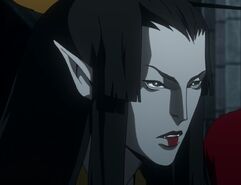 Chō †
A female Japanese vampire that was the ruler of her own hidden court in northern Japan before leaving to join Dracula's Army in his war against humanity. She can turn her body into mist and emit poison from her palms. 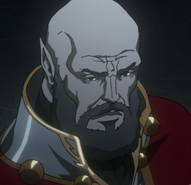 Dragoslav †
A male Slavic vampire that prefers fighting with his bare fists and natural vampire abilities. 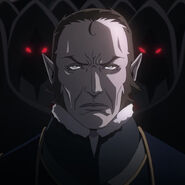 Zufall †
A male Germanic vampire that expertly uses a single-edged glaive with a serrated back-blade.

Godbrand with the other vampire generals. 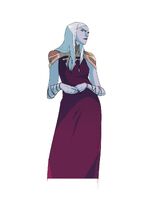 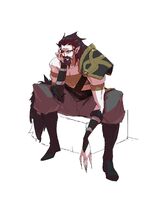 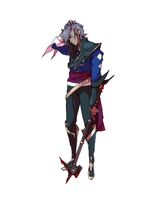 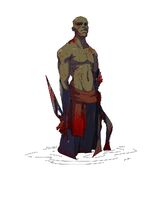 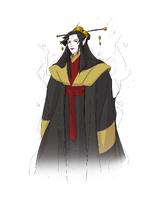 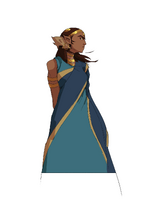 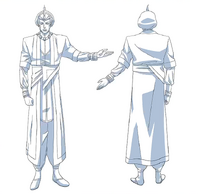