Town of Warikiya
Forest of Darkness

Stage 2 (also known as Route 2) for the game Castlevania III: Dracula's Curse is dubbed the Clock Tower of Untimely Death. This stage is in the Clock Tower which is not part of Dracula's Castle. Trevor's sub-weapons that appear are Axe and Dagger in order.

This stage is optional and can be entered from the end of Block 1 (Route 1). Trevor must ascend the clock tower, fight and free Grant Danasty, then descend the tower with Grant (if chosen) when it starts to crumble. After returning to the beginning of the stage, the path leads to the middle of Block 3 at Stage 03-01 (Route 3). The stage is known as one of the harder levels but is necessary in order to play as grant.

Stage rip
Add a photo to this gallery 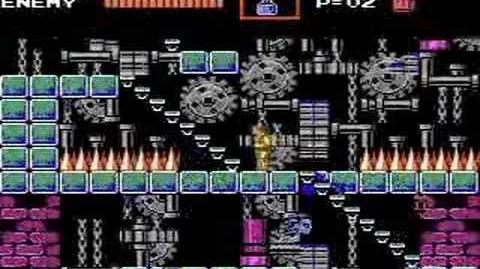 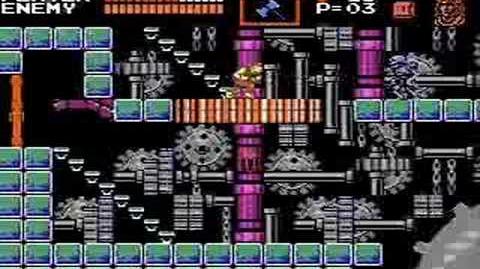 Retrieved from "https://castlevania.fandom.com/wiki/Dracula%27s_Curse_Block_2?oldid=264487"
Community content is available under CC-BY-SA unless otherwise noted.