The Dracula's Curse Animated Movie is a project by Project 51 Productions, a company who has gotten the rights from Konami to create movies based on Castlevania. Their first project will be a direct-to-DVD feature covering the story of Castlevania III: Dracula's Curse. Scriptwriting will be handled by comic book writer Warren Ellis with art direction by James Jean, who has also worked on comics among other things.

Since the website of Project 51 Productions hasn't been uploaded for many years, it is presumed that this project was canceled. In 2017, an animated series written by Ellis and containing lots of elements from this canceled project was released.

Trevor Belmont
The last of the legendary Belmont Clan. 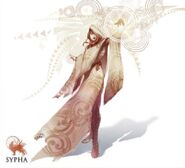 Sypha
A holy speaker with the power of the elements.

Cyclops
A beast which guards Sypha. 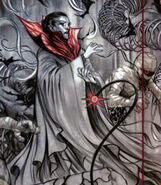 Dracula
A vampire who seeks revenge for his wife's murder.

Lisa Tepes
A doctor who was falsely accused of witchcraft and burned at the stake.

Grant Danasty
(does not make an appearance in the first movie) 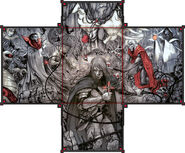 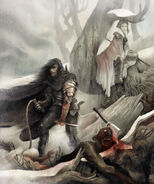