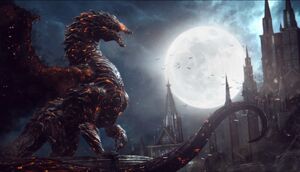 The Dragon Form is a power Dracula obtains in Castlevania: Lords of Shadow 2.

By collecting five dragon scales, Dracula can activate the Talisman of the Dragon to transform himself into a powerful draconic form and obliterate his enemies.

Interestingly, Dracula seems to be able to partially manifest this form without the Talisman of the Dragon as he does so during his battle against the Gorgon Sisters.

The power alone is Dracula's single most devastating attack, as it is capable of wiping out most  if not all enemies with a single hit.

Dracula initiating his dragon power during the battle against the Gorgon Sisters. 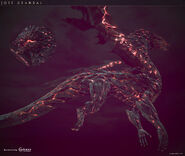