Head of the Speakers

"It is not dying that frightens us. It's living without ever having done our best."
— Elder in "Necropolis"

The Elder (語り部の長老, Goribu no Chōrō?, lit. "Storyteller Elder") is a character in the Netflix original series, Castlevania. He is the head of the Speakers, a group of nomad scholars, and the grandfather of Sypha Belnades.

He was saved by Trevor Belmont from two priests who tried to kill him and welcomed him in the Speakers' hut. He asked Trevor to save his grandchild and would in return ask the Speakers to leave the town before the agents of the Church came for them. He is last seen safely hiding in the catacombs beneath Gresit.

He was voiced by Tony Amendola in the English version of the show.

The Speaker Elder is a kindhearted man who holds true to the belief that Speakers cannot turn their backs on those in need, even if they are endangered by doing so. Like many of his fellow Speakers, he is idealistic but is the most pragmatic. One example is his acceptance of Trevor's decision to fight off his attackers, while many of his fellow Speakers believe that conflict can always be solved without violence. Even so, the Elder still holds true to Speaker beliefs, including that history should be spoken and not written down; "History is living, paper is dead", as he would say. He is a man of conviction, willing to aid the citizens of Wallachia and, personally, do no harm even in the face of death.

The Speaker Elder is, appropriately, a master orator. He speaks honestly, in a polite manner, and can easily stay grounded in the truth of any situation. A good example being when he tried to correct a threatening priest, the priest said: "are you talking back to me!?", the Elder calmly replied: "No, I am merely speaking to you."

The Elder is very frank and honest in expressing his views, even in delicate situations. He was unafraid to question and debate with Trevor regarding his views and ex-communication. Given his wisdom and honest manner of speaking, he was able to help Trevor reflect on his own views.

The Elder deeply loves his granddaughter, Sypha, and shares a deep mutual respect with this fellow Speakers. 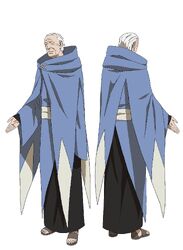 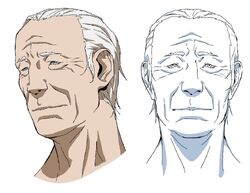