A Tiger Electronics handheld interpretation of Castlevania II: Simon's Quest. It is similar to the Simon's Quest LCD watch game, but has greater depth.

The story of this game is essentially the same as the story of the original Simon's Quest for the Nintendo Entertainment System. Simon's goal is to destroy the curse, although the manual does not describe why he must do so, and does involve the need to gather up Dracula's relics in order to do so. The manual story describes elements of the original game which do not appear in this game, such as certain creatures, locations, purchasing items and getting hints from villagers.

Simon Belmont
The hero of the game. He sets out to destroy Dracula's curse and is armed with a flame whip and a set of silver knives.

Dracula
The villain of the game. He appears at the end of the game. Can only be damaged with high hits to the head. You must also use a silver knife to finish him off.

Bat
An unlimited amount of bats will flutter above you in each stage. They will only attack you when you are in the air and it is possible to jump into them. They can only be attacked when jumping.

Fire Ghost
Only appear during night and float toward you from behind.

Ghost
They come in from behind but do not attack you. They are only vulnerable to high attacks to the head. While they are not a threat, all ghosts must be destroyed before it will become night time.

Monster Fish
The only monsters that can be found in day or night, these are present in all stages. They rise up in front of you and shoot fireballs. They block your path forward and cannot be jumped over. Being rather short creatures, these can only be damaged with low attacks.

Monster Dragon
Essentially, a monster fish with wings that inhabit caste areas. They can fire two fireballs in rapid succession. A good target for a silver knife, which can destroy them in one hit.

Skeleton
Only appear at night and appear behind you. They toss bones at you in an arcing pattern. In later stages, they are equipped with a shield which must be destroyed first before you can destroy the skeleton.

Vampire Bat
They flutter around above and in front of you and are indistinguishable from normal bats until they are right in front of you. Then they will swoop down and attack you when you are on the ground or in the air. They only appear during night.

The Hand
Hands start appearing at the graveyard stage at night and are in each subsequent stage. They appear from the ground and wave around, causing damage. They cannot be destroyed. They only impede your movement forward and must be jumped over. 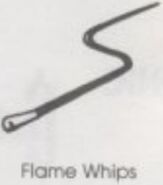 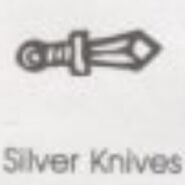 Silver Knife
Add a photo to this gallery 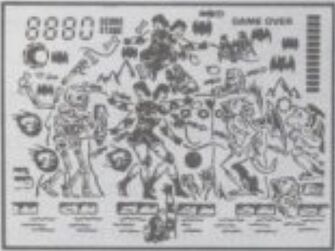 Differences from the LCD watch version

The basic gameplay and enemies fought were similar from the Simon's Quest LCD watch game, which had been released earlier in 1988 or at the same time. It has many subtle differences from that game.

The LCD handheld game has many more buttons at its disposal, four on the left side, arranged in a directional pattern, and three on the right. The watch game only had a LEFT, CENTER, and RIGHT buttons to work with. This handheld version gave Simon many more options, including:

Most enemies appearances and attack patterns in this game are the same as they were in the LCD version, but with the following differences:

The number of hits, point value, and frequency of enemies has changed as follows:

Retrieved from "https://castlevania.fandom.com/wiki/Electronic_Castlevania_II:_Simon%27s_Quest?oldid=280833"
Community content is available under CC-BY-SA unless otherwise noted.