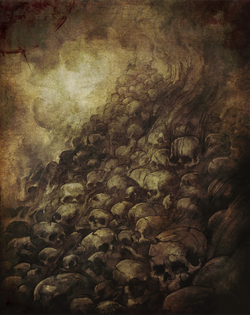 Experience or Experience Points, commonly shortened to EXP, are a numeric statistic attained by defeating enemies. They are used to level up when a certain number of them are earned. When the player levels up, the number of experience points needed to reach the next level is increased polynomially over the needed amount for the previous level. Most of the time, that amount of EXP Points to reach is displayed to the player.

Experience points were introduced to the series in Castlevania II: Simon's Quest for the Nintendo Entertainment System (NES) and weren't used again until Castlevania: Symphony of the Night for the Sony PlayStation (PSX).

Experience points lose their purpose after the player reaches the level of 99.

Playable characters in the alternate modes of the metroidvania games also gain Experience points and level up. However, in Aria of Sorrow, Julius does not receive EXP at all.

Add a photo to this gallery
Retrieved from "https://castlevania.fandom.com/wiki/Experience?oldid=252553"
Community content is available under CC-BY-SA unless otherwise noted.