"Allow me to demonstrate the power of the Gesshi Clan!"
— Fuuma in Otomedius Excellent

Gesshi Hanafuuma (月士 華風魔 （げっし はなふうま）, Hanafuuma Gesshi?) is a character in the Gradius spin-off game Otomedius Excellent. She is inspired by Getsu Fuma from the game Getsu Fūma Den, which is closely related to the Castlevania franchise. She's often seen with Kokoro Belmont in artworks. She's one of the starting characters in the game and a newcomer to the Otomedius series.

Hanafuuma is a bit clumsy and not very well used to most of the modern world, as well as its technology. After she finished the training from her clan, she entered as a new transfer student in St. Gradius Academy. She has now joined the Angel Squadron along with fellow transfer student Kokoro Belmont to help defeat the Bacterian Army. Through sheer willpower, she can unleash her powerful weaponry and skill.

Her nemesis is Ryukotsuki, revived in the current day after having been defeated in the past by her distant ancestor, Getsu Fuma, in Getsu Fūma Den. 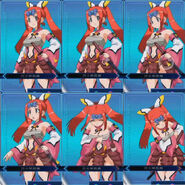 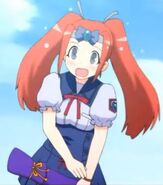 Fuuma and her Axelay Viper 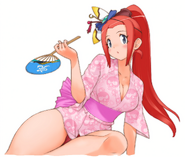 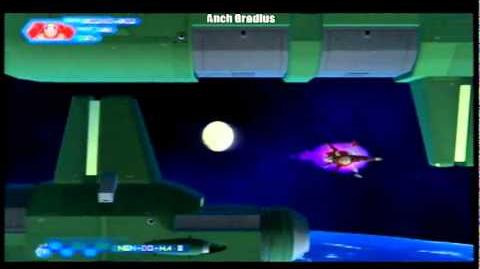 Retrieved from "https://castlevania.fandom.com/wiki/Gesshi_Hanafuuma?oldid=262284"
Community content is available under CC-BY-SA unless otherwise noted.