Increases the player's collected amount or score on pickup.

Gold is a form of currency and a statistic in the Castlevania series. It usually appears as either coins or money bags, which add to the total number of points or gold the player has. It can also be obtained by selling items.

Gold is an addition to Castlevania games that has changed over time. In games prior to Symphony of the Night, bags of money can be found in candles or dropped by enemies, increasing the player's points and the chances of getting an extra life. However, in Symphony of the Night, bags of money, as well as individual coins, can be used to buy stuff from the Master Librarian. Since then, most Castlevania games have featured a merchant somewhere, such as the wandering Merchant in Harmony of Dissonance, Hammer in Dawn of Sorrow, or Jacob in Order of Ecclesia. Money can be used to buy diverse things from these merchants, such as usable items, weapons, armor, and occasionally, spells.

There are also many equipable items that make finding money easier. The Gold Ring accessory can be used to increase the rate and amount of money found (depending on the game), as does the Greed Amulet.

In the original Castlevania game and Chronicles, denominations of

"The Valuable Coin" is an item found in Castlevania: The Adventure. They can be found after destroying a candle. This is the most common item found inside of candles scattered throughout stages, and will award the player 50 points to his or her overall total.

At 10,000 points, the player will receive an extra life. Killing enemies, defeating bosses, picking up valuable items, or receiving a bonus for the amount of time remaining on the timer at the end of a level, will also award points to the player.

Coins are usually reserved for smaller increments of money, such as the gold $1 and blue $5. Enemies usually drop bags of money, with their color denoting their value, such as violet $25, orange $50 and gold $100. The higher values of money, such as the white $1,000 or the black $2,000, are much more rare and noticeably bigger in size than their smaller values. These bags are usually only found in hard to reach candles, although they will always appear at the same place, making farming those bags easier. In Symphony of the Night, there also exists a flashing treasure chest, which grants the player $5,000 when collected, but remains unused for unknown reasons as it would have likely been in a hidden room. It is fully functional, and can be added in with a cheating device by replacing a candle that holds a specific item.

In Aria of Sorrow and Dawn of Sorrow, Soma can obtain the Mimic's Enchant-type soul, which will allow him to obtain gold as he gets hit.

In these games, coins are used to play the mini-games at the end of each level. They're dropped only by enemies (all enemies can drop coins). Each coin has a value of 1 gold. Coins are only dropped at the sole condition that Kid Dracula kills the enemy with a charged offensive attack. Bosses doesn't drop coins with the exception of Garamoth, who drops an Ebisumaru Coin (value 20 gold). 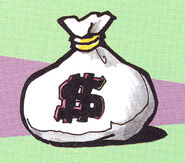 The Valuable Coin from the Japanese The Adventure instruction booklet 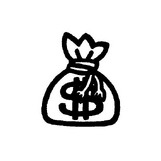 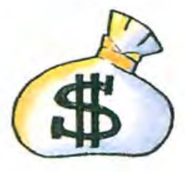 Money Bag from Rondo of Blood 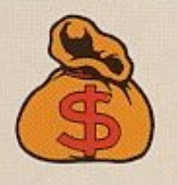 Bag of Kreutzers from Bloodlines
Add a photo to this gallery

Retrieved from "https://castlevania.fandom.com/wiki/Gold?oldid=282930"
Community content is available under CC-BY-SA unless otherwise noted.