Hearts in the Castlevania series have often served as ammunition/energy for various sub-weapons particular to each game. In some games which don't use a Heart count or have sub-weapons of any kind, they can replenish the player's magic meter instead or even replenish health (such as in Castlevania: The Adventure).

Throughout the series there have been many Heart-based items, such as the regular Small Heart, which restores 1 Heart Point; Large Hearts, which restore 5; and in some cases, even the Heart Repair, a usable item which restores hearts (akin to Mana Prism). However, picking up hearts is not the only way to increase a player's Heart Point count.

Hearts are usually restored in one of the following ways:

Small Hearts are the most common restorative item in the series. They're found in a myriad of places, ranging from candles to enemies. They usually replenish 1 Heart Point of the player's Heart meter. Even though a single Heart may not seem like much, some weapons only require just that in order to use, such as the Dagger.

Large Hearts usually restore 5 Heart Points and are most often found in candles. They're usually kept around the middle of an area. However, in some instances, they may be right next to an entry, making them easy to collect before a boss fight.

The Extra Large Heart has only appeared in Castlevania: Rondo of Blood. It restores 50 Heart Points and can only be found in the alternative Stage 3'.

The Heart Repair (or Heart Refresh) was first introduced in Castlevania: Symphony of the Night and takes the appearance of an angel holding onto a heart, restoring 500 Hearts. This is particularly useful during longer boss fights. Variants of this item commonly appeared in later games.

The Heart Max Up (or Heart Container) increases the maximum amount of Heart Points a player can have, and is also worth about 5 Heart Points. Usually found after defeating a boss or in areas which require special means to access. They were first introduced in Symphony of the Night.

Collecting Hearts isn't the only way in which to restore them. In Symphony of the Night there are many special items which have Heart restoration effects, such as:

The Blood Cloak restores Hearts equal to the amount of damage taken. This is an easy way to quickly increase Heart Points if the player plans to defeat a boss using only sub-weapons.

When the Shield Rod is combined with the Alucard Shield, the resulting spell can inflict 255 damage repeatedly, as well as restoring 8 HP and 1 Heart Point per hit. Can be used on Stone Skulls until all MP has been completely drained.

In Simon's Quest, Hearts are still found by killing enemies but this time they're mainly used as currency to buy items from gypsy merchants. The maximum amount of Hearts the player can attain at a given time is 256. Some advanced sub-weapons consume one Heart Point per use, like the Silver Knife or the Diamond; others, like the Gold Knife, consume two; and yet others, like the Holy Water or the Dagger, consume none.

Due to the constant day and night mechanics constraints, the player may not want to waste much time on the field collecting Hearts in their aim to buy a new weapon, lest they get stranded at nighttime fighting more powerful enemies. Since in-game time doesn't flow while inside of mansions, the player can take the opportunity while inside one to maximize their Hearts count.

During nighttime, enemies will become twice as powerful, but they'll also drop twice the amount of Hearts. This can be helpful if the player is near a town which has an expensive item for sale and they happen to arrive at night and with few Hearts.

Besides being used as currency, Hearts also increase Experience. Each time a Heart is collected, the Experience counter goes up (this can be consulted in the PAUSE menu). When it reaches a certain amount (depending on the player's current level), the player will level up, replenishing their HP pool and (for odd number levels only) increasing it at the same time.

Particular to this game, there are three variants of Hearts:

In Bloodlines, Hearts were replaced with Red and Blue Jewels, although serving the exact same purpose; to function as ammunition for sub-weapons. Red Jewels take the place of Small Hearts, adding 1 Jewel Point to the Jewel counter, whereas Blue Jewels work as Large Hearts, adding 5 Jewel Points.

Unlike the original game, hearts are used to increase Alucard's health.

As usual, Small and Large Hearts can be collected from candles and enemies in Circle of the Moon. This time, however, if the player has already acquired a DSS card from an enemy drop, future "card" drops from that enemy will be replaced with a Large Heart instead. Enemies which have a high card drop rate, like Imps or Bone Heads, thus can become reliable sources of Hearts.

In Aria of Sorrow, a Small Heart restores 3% MP and a Large Heart restores 15% MP. Breaking a random candle (not the special kind, like the $500 candle in the Underground Reservoir) either in Julius Mode or when Soma's MP isn't maxed, will grant the player one Small Heart. If the player gets neither soul, item, nor gold from an enemy with an item drop rate, there is a 3/512 chance of getting a Small Heart and a 1/512 chance of getting a Large Heart. Equipping the Heart Pendant will increase that chance to 8 times higher.

In Grimoire of Souls, hearts are used to restore MP. They are obtained by breaking candles, and will fly directly to the player once they spawn instead of floating or dropping to the ground. 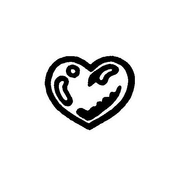 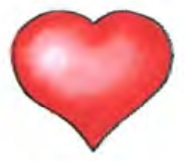