The Hunchback is an enemy in the Castlevania series. He is a diminutive foe who perfected the art of leaping long ago.

Probably one of the most annoying of the original enemies from the Castlevania series, Hunchbacks are a thorn in the side of heroes and players alike. They generally hop about in erratic patterns, forward and backward, with small and large hops. Hoppers are often carried by a "dropper" enemy that flies at a certain height in unlimited streams from one end of the screen to the other, pausing to drop them. Different types of droppers are associated with different types of Hoppers.

The first Hoppers were small balding men called Hunchbacks, patterned after Igor, who is found in the original Castlevania game. Igor himself was an invincible version who fought alongside Frankenstein's Monster. This variety recurred in Vampire Killer, Haunted Castle, the parody game Konami Wai Wai World, the North American and European versions of Castlevania III: Dracula's Curse and Castlevania Chronicles. Hunchbacks would sometimes be dropped by Eagles. Because Hunchbacks were not in the original Japanese version of Dracula's Curse, they are sometimes dropped by Harpies in that game outside of Japan.

The second type of Hoppers are known as Ghoul Rabbits in Japan, and Gremlins in North America. They were vicious hopping rabbits with long teeth. They appeared as a replacement for the Hunchback in the Japanese version of Dracula's Curse. In the North American and European versions, artwork for these rabbits was created for Nintendo Power and they were dubbed "Gremlins". This artwork was based on the gremlin-like art from the Japanese instruction booklet, but the sprite for the Gremlin was actually changed in the game itself to be the same as the sprites for the Hunchbacks. Ghoul Rabbits and Gremlins returned in Super Castlevania IV in all regions. They are sometimes dropped by Harpies in both games.

The third type of Hoppers are the Flea Men, which first appeared in Castlevania: Rondo of Blood. They were further deformed to have a small head and arms, and flea-like characteristics. Flea Men are the standard hoppers in the more recent games. These Flea Men are sometimes dropped by large Bats. Many other types of Flea Men exist. 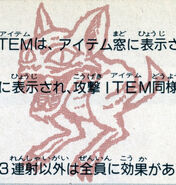 A hunchback for the canceled Castlevania: Resurrection
Add a photo to this gallery

Retrieved from "https://castlevania.fandom.com/wiki/Hunchback?oldid=283901"
Community content is available under CC-BY-SA unless otherwise noted.