It is the fourth installment in the Wai Wai series, and as it is traditional, it brings together many popular mascot characters from other Konami franchises.

The prestigious academy Nihon University has contracted an enormous debt to the ninja Goemon, who can't afford the funds necessary in order to help them. Driven by his sense of justice, he decides to lend a hand to the institution and signs up to work as a janitor, all this with the intention of finding the many treasures suspected to be hidden inside the building and which will surely help him pay the debt. Goemon is soon helped in this task by his friends from Konami World. 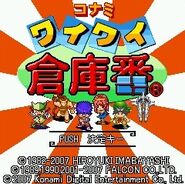 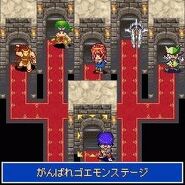 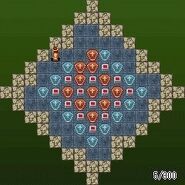 Simon Belmont can push coffins in this game.
Add a photo to this gallery

Retrieved from "https://castlevania.fandom.com/wiki/Konami_Wai_Wai_Sokoban?oldid=261474"
Community content is available under CC-BY-SA unless otherwise noted.