Konami Wai Wai World (コナミワイワイワールド, Konami Wai Wai Wārudo?) is a Konami mascot 2D platform game initially released for the Famicom game system in 1988. It stars Konami Man and Konami Lady as the main protagonists, and contains a series of stages inspired by several other Konami games, including Castlevania.

In this game, the player needs to rescue the mascot belonging to the game the current stage is inspired on. One of the heroes which must be rescued is Simon Belmont III, a descendant of the famous vampire hunter of the same name. The first world of the game represents Castlevania and encompasses a variety of areas inspired by many characteristic locations of Dracula's Castle.

Since Castlevania II: Simon's Quest was released around the same time as Konami Wai Wai World, the graphical engines and color palettes for both games are very similar. Most of the sound effects and environmental layouts seem to have been borrowed from that game too, not to mention the enemies' roster being almost the same and using similar character designs. The Castle level's design also looks very similar to how Dracula's Castle was portrayed in Simon's Quest, with most stone blocks, columns and ripped red curtains looking almost identical.

Dracula appears at the end of this stage as the main boss. He attacks by unleashing his signature Hellfire spell, although this time he can teleport to any place of the screen, even in midair, and follow the player throughout the rest of the level. Once defeated, the player can then rescue Simon Belmont III by unlocking the coffin where he is being trapped. Simon then becomes one of the playable characters.

When Simon is selected, "Vampire Killer" will play in the background as his main theme. He plays very similar to most classic vampire hunters of the Belmont Clan, although he has the ability to strike with his whip while in movement. His outfit resembles that of his ancestor, Simon Belmont.

A sequel to this game, Wai Wai World 2: SOS!! Parsley Castle, was released for the Famicom in January 5th, 1991. Its gameplay mechanics and overall character and graphical designs are quite different from the first game, and the main protagonist is a character that goes by the name of Rickle. However, gameplay remains similar in essence, allowing the player to take control of a number of different Konami mascots to traverse the various levels in the game.

Dracula
The troublesome boss of the Castlevania stage

Armor
Add a photo to this gallery 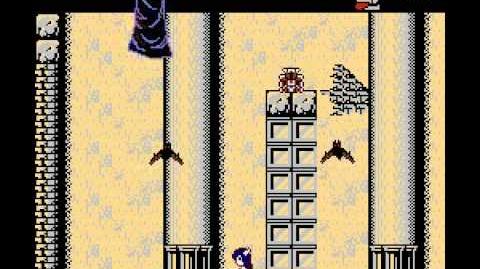 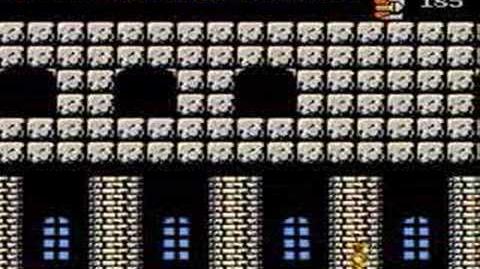 Retrieved from "https://castlevania.fandom.com/wiki/Konami_Wai_Wai_World?oldid=279937"
Community content is available under CC-BY-SA unless otherwise noted.