The Large Cavern is a secret location in Castlevania: Order of Ecclesia. It is one of the game's two secret stages, along with the Training Hall. It is similar to Portrait of Ruin’s Nest of Evil subterranean dungeon. It contains the game's hardest foes and an optional boss, the Chinese vampire Jiang Shi.

A warning to keep in mind for players is that even with the best possible equipment to raise Defense, nearly all foes encountered here will deal high damage, more so in Hard Mode. Only through possessing massively powered up Devil Rings can Shanoa lessen all damage dealt to her to manageable amounts. In particular, try to stay afar from the Double Hammers encountered; their hammers, even with the appropriate equipment, deal very high amounts of damage, even in Normal Mode.

A particularly simple, yet effective method for dealing with these enemies and most of the rooms involves using the Volaticus and Globus Glyphs. All the player has to do is make Shanoa fly, then continuous spam the Globus spell at a safe distance. The Globus will then ricochet in the closed areas and will deal with the enemies quickly.

However the player is advised to be constantly moving as the Double Hammers' swing can reach high enough to hit Shanoa even if she is flying and the Weapon Master can throw deadly projectiles if one is too close, so keeping a moderate distance will suffice. One should take note of the Demon Lords, as they can fly, but compared to the other two enemies they are easier to deal with.

Overall this tactic should with some small precautions to consider, alleviate the difficulty of this dungeon considerably, and one should manage with enough recovery items, until faced with Jiang Shi.

* Jiang Shi is not officially considered an actual boss, but rather a very powerful enemy. 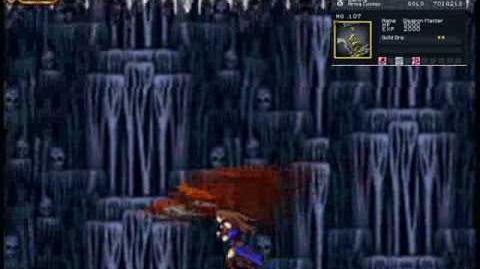 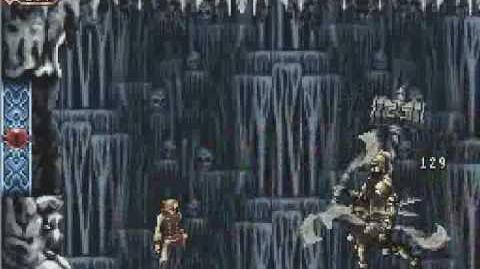 Retrieved from "https://castlevania.fandom.com/wiki/Large_Cavern?oldid=279543"
Community content is available under CC-BY-SA unless otherwise noted.