For this type of magic's counterpart, see Shadow Magic. 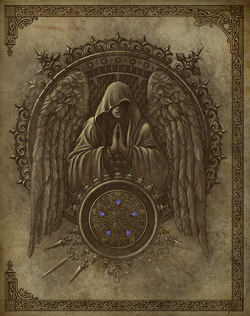 Light Magic, also known as Void Magic, is a form of white magic seen in Castlevania: Lords of Shadow. It is used by Gabriel Belmont as a form of defensive enhancement skill. When activated, Gabriel's body will be surrounded by a blue aura, infusing his weapons with sacred energy which heals Gabriel with every attack as well as unlocking special abilities with specific Sub-Weapons, like the Divine Shield force field created by using Light magic and Holy Water together.

Combat techniques that require Light magic to be performed include the following.

Retrieved from "https://castlevania.fandom.com/wiki/Light_Magic?oldid=288429"
Community content is available under CC-BY-SA unless otherwise noted.