The term Lord of Shadow refers to one of the three supernatural entities that serve as primary antagonists in the Castlevania: Lords of Shadow saga.

All Lords of Shadow were former members of the Brotherhood of Light, a sacred organization that had the objective of banishing the forces of darkness that were plaguing Europe at the time, and send them back whence they belonged. Three elite warriors — Zobek, Cornell and Carmilla — were its founders and fought the forces of the Devil constantly, finally tipping the balance in God's favor. Eventually, through constant study, the founders located three sacred places on Earth where God's power was such that it connected the spiritual and physical planes. By using this power, the three founders purified themselves and got rid of their physical forms, becoming spiritual beings ascended to Heaven with powers second only to God.

Their ascension, however, wouldn't come without their own drawbacks, and made that all which wasn't pure on them remained on Earth, where they evolved into evil counterparts of their former selves. These evil incarnations were called the "Lords of Shadow", as they were merely shades of their pure halves, and were connected to their heavenly counterparts still, meaning that their destruction would also cause the death of their good halves.

Each of the Lords of Shadow leads a different race/faction of creatures, with Cornell leading the Lycanthropes, Carmilla the Vampires, and Zobek leading the Necromancers, with him representing Death itself. Each member has the powers of their respective creatures, along with various other magical abilities.

Despite being former allies, the Lords of Shadow seem to have an uneasy alliance, with the only thing keeping them from raging war on each other being that all have equal strength, as they all have one third of the God Mask. This alliance is destroyed when Zobek tasks Gabriel Belmont with finding all three pieces of the mask, under the pretense of using it to bring his recently dead wife, Marie, back to life.

All of the Lords of Shadow are mortal due to their origins as human, and despite their supernatural powers, can be killed by normal means, with the only exception being Carmilla who must be killed by impaling her heart (although the Vampire Killer is not needed, as Gabriel impales her on the spire of a tower).

Under the guidance of fellow Brotherhood champion and mentor, Zobek, a powerful warrior known as Gabriel Belmont fought one by one against these ungodly foes and prevailed every time.

Zobek ultimately revealed it had been him the mastermind that set off all this chain of events in order to guide Gabriel, unbeknown to him, into retrieving the legendary God Mask for himself, which in turn ended up with his own (temporary) demise once it was revealed he had been Satan's very own pawn all of the time. This culminated with a final confrontation between Gabriel and Satan.

By subjugating Satan and sending him back to Hell, Gabriel gained his own place in Heaven.

The storyline of Lords of Shadow revolves around Gabriel Belmont, who undergoes through various obstacles in order to break the spell that separates Heaven from Earth, preventing the spirit of his recently deceased wife, Marie, among others, to reach Heaven.

Throughout his journey, he learns of the existence of the God Mask, which was rumored to posses the power to bring a person back to life. However, these rumors turned out to be hoax devised by Satan as part of his plan to obtain this item for himself in order to use it to partake on his revenge against Heaven.

After his fight with Satan, Gabriel turned into a powerful ancestral vampire to fight against a far more formidable foe known as the Forgotten One, who had been imprisoned a long time ago by the former Lords of Shadow. 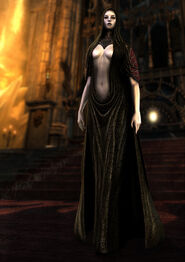 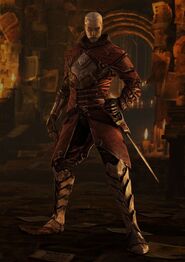 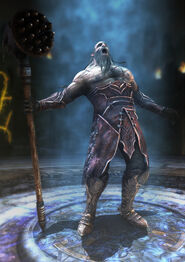 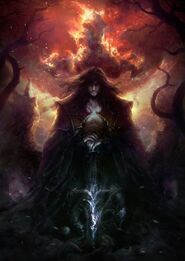 Dracula
Add a photo to this gallery

Retrieved from "https://castlevania.fandom.com/wiki/Lord_of_Shadow?oldid=296372"
Community content is available under CC-BY-SA unless otherwise noted.