The Mud Man is an enemy in the Castlevania series. It is a figure made of mud, imbued with a tormented soul.

Creatures made of animated mud or ooze by magical arts were first introduced into popular culture by several types of board games, mainly from the Dungeons & Dragons franchise. They have also appeared throughout many classic horror-themed films and TV series.

The mud-man first appeared in the Dungeons & Dragons adventure module Beyond the Crystal Cave and in the original first edition Monster Manual II, both from 1983.

A mud-man is a monster that is composed of animated mud, taking a stocky humanoid form when roused. It is formed in a pool of mud where enchanted waters collect and evaporate and concentrate the dweomer. A mud-man attacks by hurling mud at opponents, where it hardens on impact and slows the movement of the victim. Immobilized victims usually die from suffocation from the hardened mud.

Mud Men are generally found in swamp areas and are essentially mud animated by magical arts to resemble a humanoid creature. They usually don't attack directly after spawning, as they exhibit the qualities of a mindless creature. Commonly, whenever a Mud Man is encountered, an infinite amount will follow to aimlessly walk the swamp.

Mud men are known for the relative ease by which they can be destroyed, but could be a deadly threat to anyone unlucky enough to fall into the swamps from which they emerge, as they can spawn anywhere and deal damage in numbers while the player's movement is hindered.

When struck, they sometimes break off a little at a time and the mud may coalesce to form smaller mud men.

First appearance of the Mudman in the series, and a big departure of what would become its regular behavior and attack patterns in later games. In Simon's Quest, Mudmen are only encountered in the middle of poisonous swamps, where they'll remain stationary until the player approaches, at which point they'll begin to stand up continuously and spew a projectile straightforward each time until killed. Equipping Dracula's Rib, which grants the hero a shield, or consuming a Laurel are good ways to defend against these monsters.

The Mud Man (misspelled as "Madman" in the instruction booklet) falls from the top of the screen as a puddle of mud and takes the form of a human to chase the player.

There exists some debate as to whether the Mud Man appearing in Super Castlevania IV is in fact a being made of mud or a golem (made of rock). The Nintendo Power guide calls it "Stone Man", and the creature in fact, when struck, produces a sound similar to breaking stone. However, both the graphics and sound effects may not end up being evidence enough to come to a conclusion, as they could very well just be the result of the limitations of the system.

Making things more difficult is the fact that the Japanese name for this enemy apparently doesn't give a clue about its nature. The All About Akumajō Dracula guide calls it Kiggaa (キッガー), which apparently roughly translates to "Kicker".

On the other hand, on close inspection the creature does look a bit melty, as if it was made of dried mud. When struck, it divides into smaller versions of itself, a property only seen on Mud Men appearing in other games from the series; not to mention that it's only encountered in humid subterranean caverns, where these enemies usually dwell, whereas golems are generally encountered in areas within the castle. But perhaps the most conclusive aspect is that there's already another lesser enemy in the game which more closely resembles a golem; its Japanese name in the All About Akumajō Dracula guide translates to "Brick Doll" (レンガドール), which outright specifies that it's in fact made of rock.

In some games, such as Symphony of the Night and Portrait of Ruin, Mud Men have a unique technique where they burst open their chests and stick out what appears to be large metal spikes with which to pierce the player.

In Symphony of the Night, a Mudman can only be encountered if it is summoned by the Lesser Demon fought in the Long Library, thus being the only way and opportunity in the game for this enemy's entry to be registered in the Master Librarian's Enemy List.

Mudmen in Circle of the Moon can be found in the Catacomb. They attack by lunging toward the player in an arc. Should the player dodge it, they'll simply melt and vanish upon contact with the ground.

The Mud Demon appears in the sandy and fleshy areas of The Abyss. It behaves much like Procel, being that it is a head made out of the material it resides in and uses attacks made out of it. Gaining dominance over its soul, Sand Free, allows free movement in the sand. While it's not technically a useful soul, it makes traveling through the Abyss much faster. 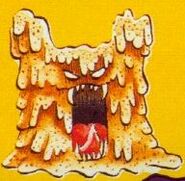 Madman from The Adventure instruction booklet

Mudman from the Game Boy Nintendo Player's Guide for Adventure 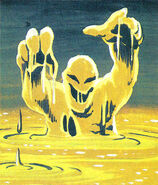 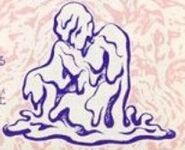 Mudman and Lesser Demon from Symphony of the Night

Mudman's enemy list entry from The Dracula X Chronicles version of Symphony of the Night
Add a photo to this gallery
Retrieved from "https://castlevania.fandom.com/wiki/Mud_Man?oldid=276884"
Community content is available under CC-BY-SA unless otherwise noted.