NECA created four action figures based on characters from the Castlevania franchise that were intended to coincide with the release of the movie that was being in development at the time. The first series consists of four figures; the first being Simon Belmont from the original Castlevania, and the other three being Alucard, Dracula and the Succubus from Castlevania: Symphony of the Night. The figures were first shown in full form at Comic Con '07. A promotional item available at that convention was the Pixel Simon Mini Figure. 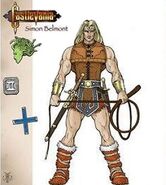 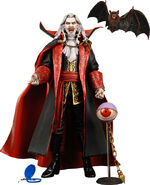 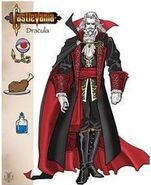