For the armored boss called "Zeldo" in Japan, see Gobanz.

The Night Stalker is an enemy in the Castlevania series. He is a cloaked reaper that comes armed with twin scythes which he throws forward and return to him like boomerangs.

He was originally called Zeldo in the Western versions of Castlevania: The Adventure and Belmont's Revenge. 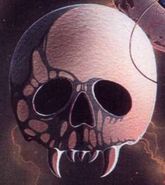 Night Stalker's skull from the Famitsu guide for The Adventure 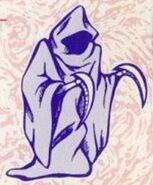 Reaper from Belmont's Revenge
Add a photo to this gallery

Retrieved from "https://castlevania.fandom.com/wiki/Night_Stalker?oldid=287555"
Community content is available under CC-BY-SA unless otherwise noted.