"Who dares invade my domain?"
— The Night Watchman to Simon.

The Night Watchman is a boss in Castlevania: Lords of Shadow - Mirror of Fate. He is an undead being, cursed to wander the world of the living.

Although dead for many years, a terrible curse has prevented the night watchman from leaving the world of the living. His only reason to exist is to keep the torches and lanterns lit, keeping intruders away. Accompanied by his scavens, he wanders the castle corridors until the breeze that comes when a new visitor arrives causes his cold and prized light to flicker once again.

The Night Watchman is a cursed reanimated corpse doomed to forever wander the halls of the castle, ensuring every torch and lantern is lit. Whenever a intruder enters the castle, bringing with them a breeze that disturbs his precious light, he along with his creations, the Scaven, seeks them out and eliminates them before cutting off the offending breeze and relighting the precious lanterns and torches.

The Night Watchman appears to Simon and states that he has "invaded his domain". He attacks Simon with the aid of his Scaven minions, but he is defeated. He attempts to call another wave of Scavens to aid him, but they turn against him and devour him. The Watchman's remains, infected by the scavens, become the Reaver, a massive scaven beast that within hours devours hundreds of corpses becoming a huge beast.

As the Reaver, the former watchman prowls through the castle, devouring all that comes in its path. It is first seen within the Abandoned Mine, quickly fleeing, and it confronts Alucard in the Terrace. However, it is defeated by Alucard and the vampire sucks its blood, gaining the power to climb slippery walls. In an unsuccessful attempt to kill Alucard, the Reaver falls into a hole and into the sea below the castle, finally being destroyed.

The Night Watchman is a powerful undead creature armed with a large spectral lantern using which he can control the Scaven he summons or can use with great efficiency as a blunt instrument. Befitting his status as a creature of the undead he is also a immensely powerful necromancer responsible for the creation of the Scaven that plagues the castle.

As the Reaver he has become a great feral beast, although physically stronger he lacks the intelligence that he once had though he has regained the ability to control the Scaven. 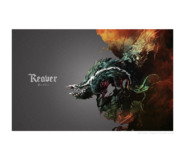 Retrieved from "https://castlevania.fandom.com/wiki/Night_Watchman?oldid=261585"
Community content is available under CC-BY-SA unless otherwise noted.