The Puppet Master is a boss in Castlevania: Lords of Shadow 2.

The Puppet Master is a battle machine created by the Toy Maker which he uses it to fight Dracula after being corrupted by the castle's blood. He created it to control his many other puppets from above.

It can jump and try to crush Dracula, and uses different attacks to catch the vampire. When damaged, it can extend its legs and change its strategy. He summons two deadly mechanical creatures during the fight: the Knight and the Dragon.

At the end of the fights, it is destroyed by Dracula and the Toy Maker is purged of the corrupted blood.

The Toy Maker operating the puppet 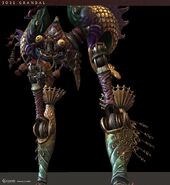 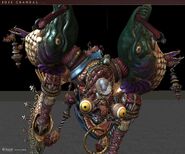 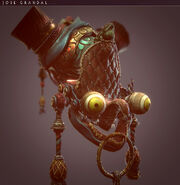 Retrieved from "https://castlevania.fandom.com/wiki/Puppet_Master_(Lords_of_Shadow)?oldid=263036"
Community content is available under CC-BY-SA unless otherwise noted.