Revelations (Story of Alucard in the Japanese version) is the first downloadable content (DLC) for Castlevania: Lords of Shadow 2. It was released on March 25th, 2014.

Players control Alucard and discover what happened to him during Dracula's final hours of sleep.

In Modern Times, Alucard stands over his father's coffin, staring at Dracula's desiccated body, the Crissaegrim impaled in his heart. Alucard remembers his final conversation with Dracula as he explained the Crissaegrim's powers and his plan to lure out Satan, his Acolytes and Zobek from hiding so that they may finish them all once and for all, before he removes the Crissaegrim from Dracula's chest, stating he will awake in a few hours, and that Zobek will send his Lieutenant to find him.

Alucard steels himself, promising his father that he is ready for what's coming. However, Marie suddenly appears before Alucard in a panic, telling him that the castle is sensing Dracula's imminent return, and is hiding his powers out of his reach to prevent him from becoming strong enough to escape its grasp and she pleads with her son to restore the weapons to their proper places so that Dracula can find them. Alucard assures his mother that he understands and has her take him back to the castle.

Alucard arrives at the highest point of the Overlook Tower and makes his way to the Toy Maker's Guest House, where he sees several Jailers and their minions, under the control of the Castle's damned blood, entering the area, with one of them holding the Void Sword. The Jailer destroys the bridge to the House but Alucard manages to make his way over and follows them inside the death trap.

Surviving the Toy Maker's traps and slaying three Jailers and their minions to recover the keys needed to enter the innermost part of the Guest House, where he confronts the Void Sword's keeper. Alucard fights the special Jailer holding the Void Sword, the Jailer gaining some of the sword's icy properties but Alucard wounds it with his Crissaegrim and reclaims the Void Sword. The Keeper attempts one final kamikaze attack, but Alucard cuts its head off with both swords.

He then tells his mother he has the Sword and she appears before him again before they teleport to Bernhard's Wing, where Alucard places the blade on its alter to be recovered by his father. Marie then explains to Alucard what happened after Dracula defeated the Forgotten One: Dracula shut himself in the castle's innermost chamber and lost his mind in the isolation. She tells him that is where the castle has hidden the Chaos Power. Though Marie is disturbed by the location, Alucard promises he will return.

Using the Navigators, Alucard reaches the dark Forbidden Wing, where Dracula locked himself up after the events of Resurrection. The halls of the wing are filled with the corrupted blood of the castle, the walls covered in the insane scrawls of Dracula during his madness, the Prince of Darkness cries of despair and bouts of insanity still echoing throughout the wing. Alucard makes his way deeper into the hall, avoiding the corrupted blood before finding the Chaos Power being held by the petrified Gorgon Sisters.

There, the castle's blood taunts Alucard, accusing him of dishonoring his father by slaying his minions and stealing his relics, but Alucard counters that he honors his father by freeing him from the castle's influence. The blood tries to stop Alucard from progressing by raising itself to fill the lower halls, but the vampire manages to discover the means to lower the level and gets the Chaos Power back, taking it to the City of the Damned.

There, Marie transports Alucard back to the present for his final mission.

Back to the present

Alucard returns to the city and senses the arrival of someone else in the chapel, and leaves to protect his father from the intruder. Alucard makes his way down and seals the wall of the chapel off from his father's tomb. The vampire confronts Zobek's Lieutenant, who believes Alucard is the one his master sensed. Both warriors draw their swords, and Alucard takes note of the Lieutenant's armor. After an epic duel, he defeats the servant and steals his armor and sword.

After donning the armor, Alucard tells Zobek, as the Lieutenant, that Dracula returned. He then leaves the Cathedral using his Bat Form, flying out into the night to await his father's awakening. 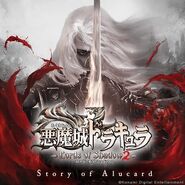 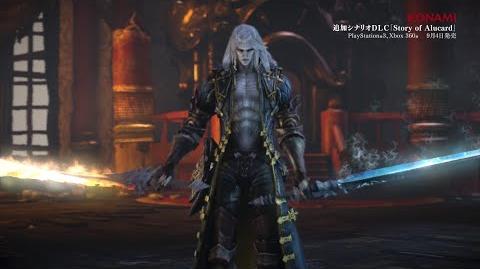 Akumajo Dracula Lords of Shadow 2 DLC "Story of Alucard" PV
Japanese Trailer
Add a photo to this gallery
Retrieved from "https://castlevania.fandom.com/wiki/Revelations?oldid=306881"
Community content is available under CC-BY-SA unless otherwise noted.