For the sub-weapon, see Cross.
Not to be confused with Rosaly.
For the proper item called "Pendant", see Pendant.

A Rosary, also referred to as a Rosario or simply a Cross, is a cross that is worn around the neck. Rosaries in Castlevania, Dracula's Curse, Super Castlevania IV, Chronicles, Lament of Innocence and Curse of Darkness, will destroy all enemies on the screen when picked up. The Gold Cross has a similar effect in Vampire Killer, while the Silver Cross prevents enemies from respawning.

It is known as The Cross or the Magic Cross in the Western release of Simon's Quest, where it is needed in order to access Dracula's Castle via the West Bridge. It can be obtained by defeating Vampira in Laruba Mansion.

An alternate version of the rosary appeared in Castlevania: Bloodlines, called the Mirror of Truth, which also had the ability to destroy all enemies on screen when picked up.

Rosaries also appear as equipable accessories in some games, such as Dawn of Sorrow and Harmony of Despair.

The Cross from the Japanese Simon's Quest instruction booklet 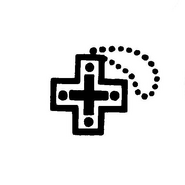 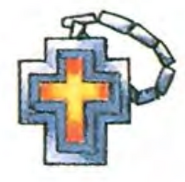 Rosario from the Japanese Castlevania: Rondo of Blood instruction booklet
Add a photo to this gallery

Retrieved from "https://castlevania.fandom.com/wiki/Rosary?oldid=268994"
Community content is available under CC-BY-SA unless otherwise noted.