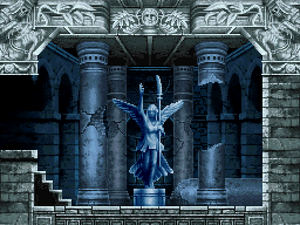 A Save Room, or Save Point, is a safe area within Dracula's Castle (as well as other locations in some games) where a weary traveler can rest and heal their wounds. These holy chambers became a staple in the Castlevania series when semi-open world with role playing elements were implemented into more recent games (colloquially known as "metroidvanias"), starting with Castlevania: Symphony of the Night in 1997, due to newer gaming systems no longer requiring a password feature.

These locations allow the player to restore HP and MP, and also save the game's progress. They won't restore used Hearts, however.

A save room usually features the statue of a goddess or an angel who heals the player. Enemies cannot appear inside a save room.

In Castlevania: Symphony of the Night, a polyhedron can be found spinning in midair instead; this transforms into a golden coffin, wrapping around Alucard for him to sleep inside. In that same game, Alucard manages to find a fake, purple-colored save room where he is attacked in his dreams by a Succubus.

In Castlevania: Harmony of Dissonance, Juste also finds floating polyhedrons inside of Save Rooms like those in Symphony of the Night. However, once activated, they will disappear in a flash of light and won't transform into a coffin. 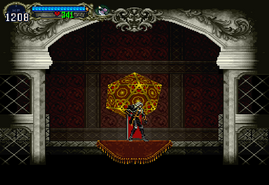 Save Room from Symphony of the Night 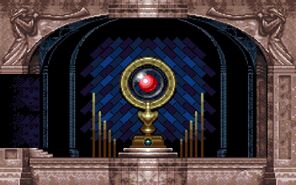 Save Point from Circle of the Moon 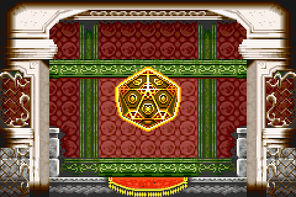 Save Room from Harmony of Dissonance

Save Room from Aria of Sorrow 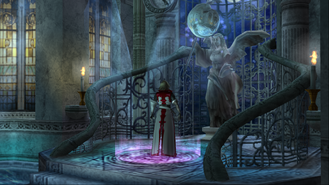 Save Room from Lament of Innocence 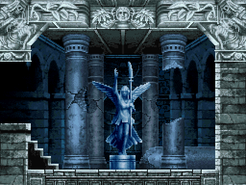 Save Room from Dawn of Sorrow 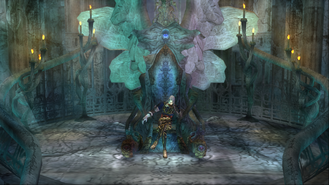 Save Room from Curse of Darkness 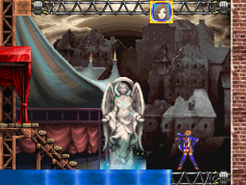 Save Point from Portrait of Ruin 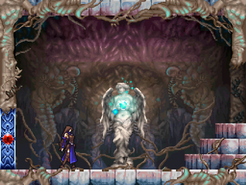 Retrieved from "https://castlevania.fandom.com/wiki/Save_Room?oldid=287014"
Community content is available under CC-BY-SA unless otherwise noted.