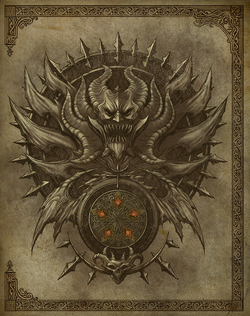 For this type of magic's counterpart, see Light Magic.

Shadow Magic is a form of black magic seen in Castlevania: Lords of Shadow, used by Gabriel Belmont as a form of offensive enhancement skill. When activated, Gabriel's body will be surrounded by a red aura, infusing his weapons with shadow energy and enhancing the damage output of his attacks as well as also unlocking special abilities with specific Sub-Weapons, like the explosive dagger ability unlocked by combining the Silver Dagger with Shadow magic. Although based on what was written on some scrolls, overuse of this can increase the user's bloodlust and bring out the worst in them.

Combat techniques that require Shadow magic to be activated include the following:

Shadow Magic in Mirror of Fate

Retrieved from "https://castlevania.fandom.com/wiki/Shadow_Magic?oldid=247639"
Community content is available under CC-BY-SA unless otherwise noted.