""I am the dark priest called Shaft.""
— Shaft introducing himself to Alucard in Symphony of the Night

Template:Castlevania character Shaft (ja. シャフト) is a dark priest from Demon Castle Dracula X: Rondo of Blood and Castlevania: Symphony of the Night.

In 1792, Shaft aided Dracula in his plans to kidnap several young women, including Maria and Annette Renard. He was defeated by Richter Belmont after conjuring several monsters in an attempt to defeat the youth. Later in the game, Shaft's ghost made a final attempt to stop the hero.

In 1797, Dracula's minions kidnapped Richter and brainwashed him, knowing no mortal could defeat him because he was the strongest of all vampire hunters. Shaft was instrumental in using his evil powers to control Richter, turning him against anyone who would seek to defy the Count (unbeknownst to Maria and Alucard Tepes). Maria guessed that he was under supernatural coercion and helped Alucard see past Shaft's deceptions. Alucard was able to save Richter instead of killing him and defeat the dark priest. 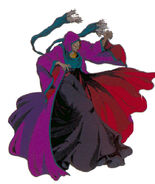 Shaft from Symphony of the Night 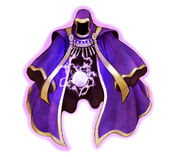 Shaft in Koma comics
Add a photo to this gallery

Retrieved from "https://castlevania.fandom.com/wiki/Shaft?oldid=35120"
Community content is available under CC-BY-SA unless otherwise noted.