Can power up by eating a taiyaki

Simondo Belmont is a secret miniboss fought in Contra: Hard Corps, a run and gun game developed and published by Konami for the Sega Genesis.

In Junkyard Tussle (Stage 3) of Contra: Hard Corps, right before entering the room to fight Noiman Cascade, if the player climbs up the wall, they will find a mysterious character who will ask if they want to fight in the arena. If the player answers "Yes", they will enter a boss arena where they will fight Simondo Belmont, Psycho Mother, and Warp Bomber.

Simondo Belmont appears as a robot carrying what looks to be a guitar case with a sad face sticker on his back. His overall design was based on famous vocalist Masato Shimon, who is known for his contributions to various anime and live action series (a tokusatsu). What appears to be his hair is stylized as a big afro, wears big headphones with antennas, uses rounded sunglasses, and bell-bottomed pants. His right arm can extend into a chain whip, complete with a morning star-like tip, very similar to the Vampire Killer.

At the beginning of the battle, Simondo will come out of a door and destroy a candle, which drops a taiyaki (a fish-shaped cake). He will go and pick it up, somehow looking energized after consuming it. 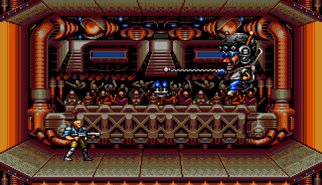 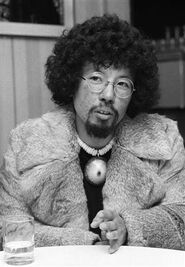 Retrieved from "https://castlevania.fandom.com/wiki/Simondo_Belmont?oldid=247591"
Community content is available under CC-BY-SA unless otherwise noted.