Despite being part of Austria, Styria operates as an independent country, with the Council of Sisters acting as the main rulers and holding the title of Queens. The main seat of power where the Council operates is located in Carmilla's castle.

Styria has a regular army, as well as intelligence agents that gather information, including abroad. It's known that there are also several mages and at least one cartographer in the Council's court.

It's been shown that each queen handles a vital office that in conjunction keep the region running: Lenore manages diplomatic relationships for Styria, which is also an aspect of state governance, Striga handles and runs its military aspects and insures its defenses, Morana runs the region's internal affairs, economy and administrative offices, and Carmilla herself acts as the main head of state and its leader.

Despite diplomacy, either Styria has internal tensions between vampire and human populations or Carmilla is simply too ruthless. In "Old Homes", Carmilla mentioned that she at times needs to secure her region due to "the usual - villagers, pitchforks and torches".

After Isaac's invasion with his army of night creatures, Carmilla is dead, Striga and Morana left Styria behind, and Lenore was kept a prisoner, who eventually committed suicide. Isaac decided to become the new king of Styria.

Currently, it's been stated (and shown) that Styria itself possesses very poor –and even hostile– relationships with its neighboring regions and cities due to the nature of it essentially being a vampire kingdom.

During Styria's history being ruled under Carmilla and her sisters, it's been implied that they have attempted numerous times to invade their neighbors and conquer them. However, due to there being too many strong and powerful countries in their surrounding regions, they were met with little success. They as well need to defend their own borders from hostile neighbors.

Currently, Styria seems to have a tumultuous truce with its neighbors. Neither side wants to waste time and resources trying to destroy each other and are content to simply stay within each other's borders and defend themselves. However, with Carmilla's current scheme to conquer the regions ravaged by Dracula's rampage and build her own empire, it's highly likely that Styria will now be entering open hostile relations with their neighbors once again.

As stated by Carmilla in "Having the World", Styria itself has also faced numerous invasions from foreign powers who attempted to conquer it through military force. This is seen where Carmilla mentioned that she and her sisters had to fend off invasions from the "wolf people" in the North, the armies in the West, and numerous other foreign forces who thought that it would be easy to conquer Styria from them due to it being a nation run by women.

Also, as stated by her, Styria once had poor relationships with the other neighboring Vampire Lords. During its tumultuous times of facing numerous invasions, Carmilla and her sisters attempted to reach out and get help from their neighboring vampire communities; however, the lords and leaders of these communities brushed off and rebuked their pleads for assistance due to them being "bloody women" and instead left them to die.

Styria at night in "The Good Dream".

Women serve in Styrian army too.

Female officer in the Styrian army. 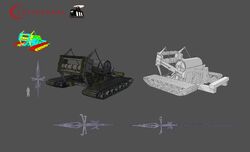 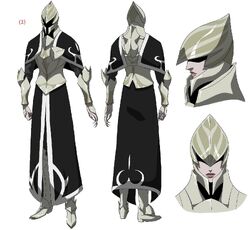 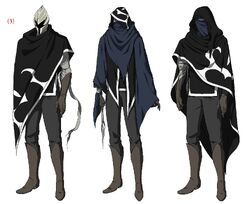