The Ancient Ruins is a location in Super Castlevania IV. It's made up three distinct parts, a cavern, a large waterfall, and the ruins themselves.

Given the fact that the ruins flood all the way up to the boss room at the end, it implies that the entire stage is underground or at least in a large sinkhole.

Stage 3-1: The cavern is is the first leg of the path to the long buried ruins. It features dripping water and several falling stalactites.

Stage 3-2: The waterfall is a large vertical area that leads directly to the ruins.

Stage 3-3: The sunken ruins themselves. The most notable thing about this area, besides the small aqueducts spewing water, are the falling blocks in the first section. 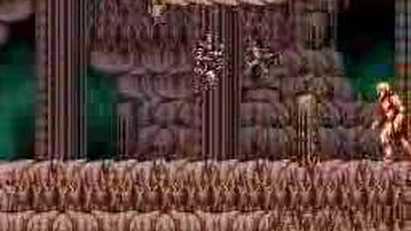 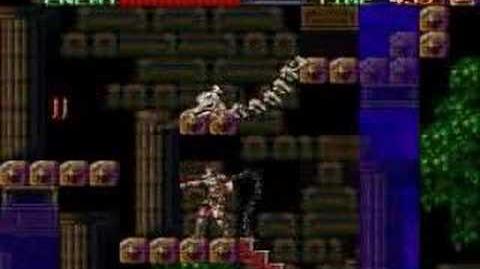 Retrieved from "https://castlevania.fandom.com/wiki/Super_Castlevania_IV_Stage_3?oldid=264333"
Community content is available under CC-BY-SA unless otherwise noted.