Control over the elements

"Sypha is a Speaker who can shoot magical elements from her hands. Those who underestimate her don't tend to live long."
— Sypha's profile description

Sypha Belnades (サイファ・ヴェルナンデス, Saifa Verunandesu?) is one of the main protagonists in the Netflix original series, Castlevania. Sypha is the granddaughter of the Elder of the Speakers, a group of nomad scholars, and a sorceress with control over the elements.

She is voiced by Alejandra Reynoso in the English version of the show.

During the late fifteenth century in the city of Gresit, Sypha and her fellow Speakers were falsely accused by the Church for the attacks conducted by Dracula's army. This led to them being persecuted constantly, but they stayed inside the city to help those in need. At some point, Sypha learned and mastered elemental magic.

In 1476, Sypha ventured into the city catacombs alone, determined to find the "sleeping soldier" that would save humanity from Lord Dracula, but when she ventured deep within, she was attacked by a Cyclops and turned into stone. Fortunately, she was rescued by Trevor Belmont, an exiled vampire hunter who was sent by her grandfather to retrieve her body. After he killed the Cyclops, she was freed from her stone encasement, albeit nauseous.

Initially disliking Trevor for his dry personality, Sypha insisted that she continued her search for the sleeping soldier, although Trevor disagreed, his reasons being the monsters and traps that lurked within the catacombs. When Trevor mentioned that her grandfather believed her to be dead, Sypha reluctantly agreed to return to the Speakers.

Returning to the city, Sypha apologized to her grandfather for failing to find the sleeping soldier. She then argued again with Trevor about the existence of the sleeping soldier. While Sypha believed that there were monsters to protect whatever was in the catacombs, Trevor countered that they were in a part of Dracula's castle.

Later near sunset, the Speakers learned from Trevor that they were to be executed by order of the Bishop. Despite the hunter's warnings to run and hide, Sypha and her grandfather refused because they still wanted to help the people of Gresit, and they chose to fight their own personal battles even at the cost of their lives. However, the Speakers were hidden in the catacombs by Trevor while he dealt with the angry mob in the city. Wanting to fight for herself, Sypha left the catacombs and used her magic to save Trevor when he was completely surrounded. As he rallied the townspeople to fight Dracula's army, Sypha utilized her magic to entrap the monsters within ice walls and spear them with ice shards. At the end of the battle, Sypha and Trevor fell through the unstable and crumbling ground and into the catacombs below, falling deeper inside than they were before.

Venturing deep, the two of them found a coffin where a man with long golden hair awakened in front of them. While Sypha believed him to be the sleeping savior, Trevor labeled him a "vampire" and called him Dracula, and engaged him in battle despite Sypha's protests. When the battle ended with the dhampir preparing to bite Trevor, Sypha threatened him with her magic.

To her and Trevor's surprise, the dhampir stayed his hand and introduced himself as Alucard. As he explained that he was waiting in the catacombs for a hunter and a scholar, Sypha revealed that her grandfather did everything in his power to keep Trevor from leaving the city for the sake of the prophecy. Agreeing to take down Dracula together, the three of them embarked on their journey.

Sypha bids farewell to the Speakers at the gates of Gresit. Alucard informs both Sypha and Trevor on the mechanics of how Dracula's Castle is able to move from place to place. The group determines that they need to be able to anchor the castle in place in order to attack it. Trevor suggests heading to the Belmont Estate to take advantage of the information and artifacts kept in a secret vault. Sypha finds a covered wagon for them, and the trio leaves Gresit. On the road to the Belmont Estate, they are attacked by demons. The group effectively dispatches the group, apart from one heavily wounded demon who escapes.

Reaching the Belmont Estate, Sypha uses her powers to open a magical door leading to the underground vault. Below, they find a treasure trove of information and equipment. While searching through the relics, Sypha bonds with Trevor over his family history and begins to realize why Alucard acts the way he does. Their search leads Sypha to discover that a member of the Belmont family was working on a locking spell to anchor Dracula's Castle in one place. Sypha is confident that she can complete the spell.

Above, more night creatures attack the estate in an effort to kill Sypha, Trevor, and Alucard. While Trevor holds the night creatures off, Sypha completes the spell and with Alucard's help in locating Dracula's Castle, manages to transport it above them near the ruins of the Belmont Mansion.

Sypha, Trevor, and Alucard storm Dracula's Castle, slaying all the vampires within before facing Dracula himself. Sypha and Trevor put up a good fight but Dracula fends them off, leaving Alucard to battle his father throughout the length and breadth of the castle. Eventually, their fight leads them to Alucard's childhood room where Dracula breaks down and allows Alucard to stake him in the heart. Sypha and Trevor arrive and help in finishing him off. Trevor cuts off Dracula's head while Sypha burns the body.

With Dracula defeated, Alucard becomes the steward of both Dracula's Castle and the Belmont Estate's secrets. Sypha, having a taste for adventure, plans to set off in search of the Seekers to tell them her story before heading out into the world. Dracula's army is not totally defeated, and she feels that she has finally found her calling. Not wanting to do it alone, Sypha asks Trevor to accompany her since she believes that Trevor's destiny is to fight evil. He agrees and later they bid farewell to Alucard as they ride off to seek adventure.

Sypha and Trevor slayed night creatures for over a month. At some point, they consummated their relationship. Although Sypha would get annoyed when Trevor said beer was better than sex.

"I am a Speaker and a scholar of magic. I serve no demon and I do no evil."
— Sypha Belnades in Monument

As a Speaker magician, Sypha Belnades bears some of the heaviest responsibilities of her tribe. She is the prime candidate for being the "scholar" mentioned in the "Sleeping Soldier" legend, a prediction that is proven to be true. As such, Sypha is completely dedicated to waking the Sleeping Solider and saving Wallachia at the side of her prophesized allies. Sypha is highly educated in both the use of magic and the history of Wallachia, as is the primary charge of Speaker tribes. She is also very brave; entering the lair of a cyclops, confronting bloodthirsty mobs, and battling the night hordes.

Sypha is upbeat, playful, spirited and kind. She loves adventure, learning, gaining new experience, and battling evil for a righteous cause. Sypha is often the heart of the team. Supporting Trevor and Alucard, while always guiding their actions toward the aid of the innocent. Considering how sad and hurt both men are, Sypha's empathy greatly aided them during the war against Dracula.

Like many Speakers, Sypha is an altruistic idealist. Her conviction is very strong, even by Speaker standards. Sypha was completely adamant that the Speakers not abandon the citizens of Gresit in their time of need, even as the citizens were planning to kill her tribe. While idealistic to the point of endangerment, Sypha does demonstrate she knows how to avoid some risks; evidence being dressing like the men of her tribe to avoid danger while traveling. After reaching the Belmont Hold, Sypha comes to rethink the Speaker policy of never writing down knowledge. The Belmont library contained more information than two generations of Speakers could pass down. She still respects the Speaker way though, sharing her new knowledge with them after the war against Dracula.

She would often butt heads with Trevor Belmont at first, who opposed her idealism with apathy and survivalism. Sypha also did not take kindly to his rudeness and callous attitude. She even suggested serving Trevor her urine as a fake brew of beer to punish him for his rudeness. Unlike her grandfather, the Elder, Sypha initially had no respect for Trevor. In spite of Trevor saving her life, Sypha considered him a lost cause due to his aforementioned attitude. While the Elder made great efforts to reason with him as he stated his conviction to stay in Gresit, Sypha says: "It is time for those of us who fight this war to stand up and be responsible, Trevor Belmont. You should leave now."

However, Trevor earns Sypha's respect and loyalty when he fights on the Speakers' behalf and decides to, once again, make protecting the citizens of Wallachia his purpose. Sypha's loyalty was proven to be very strong when she chose to protect him from Alucard, her legendary soldier of prophecy, when Trevor and Alucard came to blows. In this moment, Sypha acknowledged that Trevor was her savior and they shared the same conviction.

Her relationship with Trevor deepens quickly afterward. She appreciates his occasional kind acts and enjoys teasing him. In time she came to realize that meeting Trevor opened a new world of experience, adventure, and purpose for her. After the war against Dracula, she realized she didn't want to stop her adventure with Trevor. Sypha invited him to be her partner. Trevor accepted, admitting his closeness to her and how much his life had improved since they met. Their relationship became intimate soon afterward. Sypha deeply enjoys her new life as an adventuring hero with Trevor. They work and play off each other well, though she does get frustrated with his attitude at times. Sypha was hit hard by the events of Lindenfeld, getting more acquainted with Trevor's harsh experiences on the road. Luckily for Sypha and Trevor, they had each other's support even through the worst of times.

"I am a Speaker. I know many things."
— Sypha Belnades in Bless Your Dead Little Hearts

Sypha petrified by the Cyclops

Sypha with her two comrades

Sypha and co. arrive at Dracula's Castle during a blood moon in "For Love" 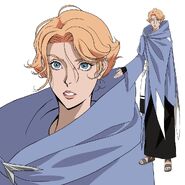 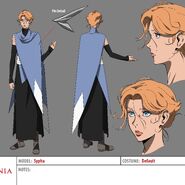 Official model sheet season 3
Add a photo to this gallery 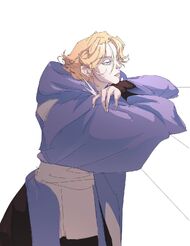 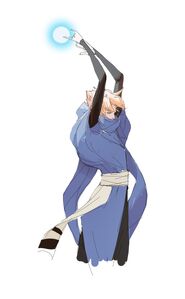 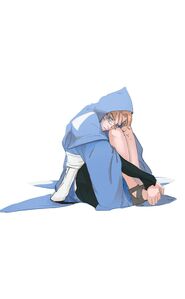 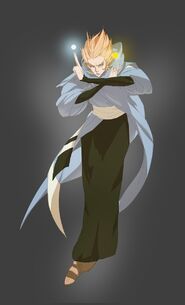 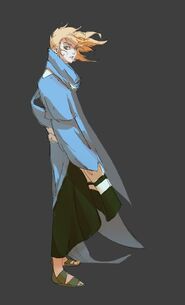 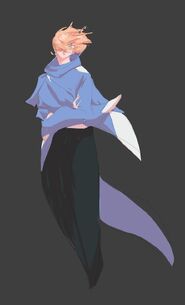 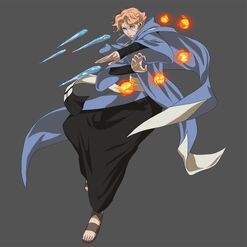 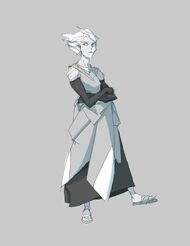 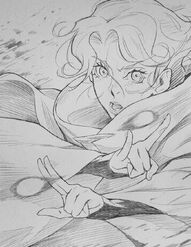 Sketch concept art
Add a photo to this gallery 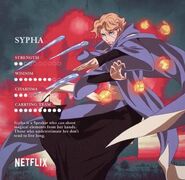 Retrieved from "https://castlevania.fandom.com/wiki/Sypha_Belnades_(animated_series)?oldid=294660"
Community content is available under CC-BY-SA unless otherwise noted.