Twin Bee is a hidden item in the Castlevania series. It's worth 5,000 points.

TwinBee (ツインビー, TsuinBī?) (sometimes spelled Twinbee or Twin Bee) is a Konami mascot from the game series of the same name and appears as a hidden item in Castlevania: Portrait of Ruin, Order of Ecclesia and Harmony of Despair.

Characters from the franchise also made cameos in Snatcher and Pixel Puzzle Collection. 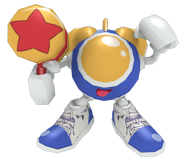 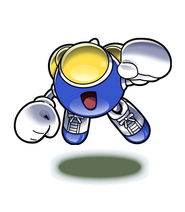 TwinBee in Kingdom Dragonion
(2015)
Add a photo to this gallery

Retrieved from "https://castlevania.fandom.com/wiki/Twin_Bee?oldid=279505"
Community content is available under CC-BY-SA unless otherwise noted.